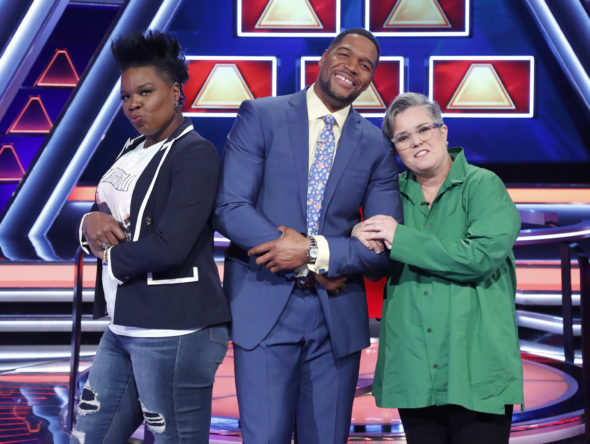 How does the fourth season of The $100,000 Pyramid TV show on ABC stack up? As we all know, the Nielsen ratings typically play a big role in determining whether a TV show like The $100,000 Pyramid is cancelled or renewed for season five. Unfortunately, most of us do not live in Nielsen households. Because many viewers feel frustration when their viewing habits and opinions aren’t considered, we’d like to offer you the chance to rate all of The $100,000 Pyramid season four episodes here. *Status update below.

Love the show should be renewed we do not have to.much on.tv on.the summer and winter not so great some shows that were renewed are good some suck and new shows that I like are just a few