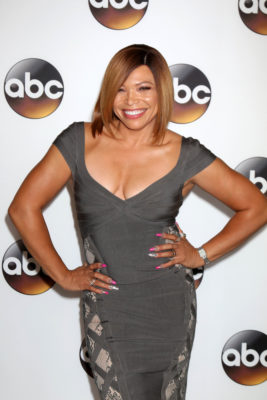 Tisha Campbell is coming to FOX. Deadline reports the My Wife and Kids star will recur on Last Man Standing.

On Last Man Standing, Campbell has been cast as Carol Larabee, the wife of Chuck Larabee (Jonathan Adams). The role was previously played by Erika Alexander.

What do you think? Do you watch Last Man Standing? Are you enjoying the new season on FOX?

Definitely a BADDD choice! Another bad choice was to kill off Bud–the character was really colorful and had great lines.
I do not like the new Molly or the new Boyd. Poor casting choices. Hope the producers of the show reads theses comments!
I love the show, no in this case the more they change the characters, the it DOESN’T stay the same.

I hate recasting, to me it makes no sense. Script it differently example mandy wrote where she needed to leave to Paris for her clothing line and leave it at that for awhile.

They dont need to bother recasting a character that has been off the show for a long time and not missed. What they need to do is recast the new Mandy shrubs notable and has zero chemistry with the rest of the cast especially her husband who she is supposed to be in love with. Even with the New and definitely not improved Mandy it is still the best comedy on TV.