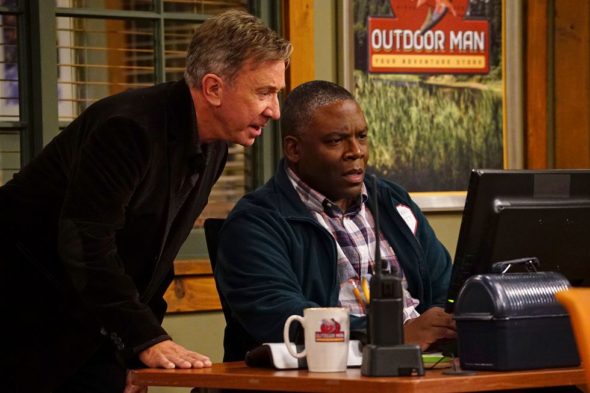 Airing on the FOX television network, Last Man Standing stars Tim Allen, Nancy Travis, Amanda Fuller, Molly McCook, Christoph Sanders, Jordan Masterson, Hector Elizondo, Jet Jurgensmeyer, Krista Marie Yu, and Jonathan Adams. Kaitlyn Dever will recur. The series revolves around Mike Baxter (Allen), the marketing director of the Outdoor Man sporting goods stores and a “man’s man”. His family doesn’t see eye-to-eye with him so it can sometimes be a little tough for Mike to stand his ground and stay in touch with his inner man.

What do you think? Which season six episodes of the Last Man Standing TV series do you rate as wonderful, terrible, or somewhere between? Should FOX cancel or renew Last Man Standing for a seventh season? Don’t forget to vote, and share your thoughts, below.

Love this show the cast is so funny. Looking forward to a new season!