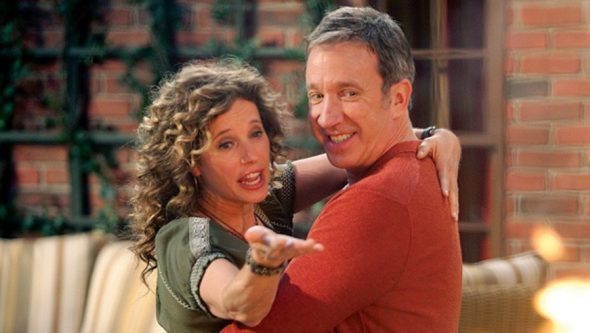 From 20th Century Fox Television and distributed by Twentieth Television, “Last Man Standing” follows the life of Mike Baxter (Tim Allen), hilarity-ensuing family man and the marketing director for an iconic outdoor sporting goods store. While Mike is “king of the hill” at work, he’s the odd man out in a home that is dominated by strong-willed women — namely his wife, Vanessa (Nancy Travis), and their three daughters, 20- year-old Kristin (Amanda Fuller), 17-year-old Mandy (Molly Ephraim) and 13-year-old Eve (Kaitlyn Dever). After being a stay-at-home mom for years, Vanessa recently returned to the workplace, requiring Mike to be more hands on than he’s ever been before.

What do you think? Are you a fan of Last Man Standing? Will you watch it on WGN America?

Here is funny news for the show Christopher Kennedy masterson is older character in Macolm in the Middle and 70 show Danny masterson both actor half brother and Jordan masterson is father in law on last man standing with Tim Allen.

I wont watch some one who supports this administration.

Hey y’all, these are repeats right? Any updates on Fox renewing the series based on the Roseanne success? I can’t stand Roseanne, but this show ALWAYS cracked me up.

It is a great comedy!! What else can you say?