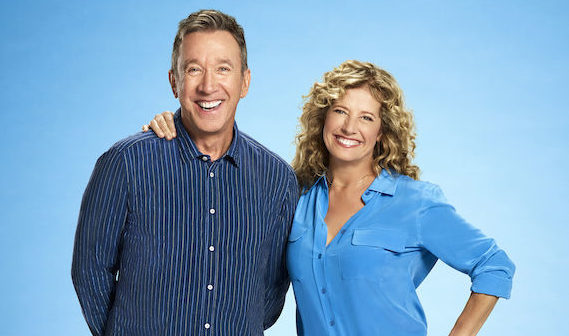 Airing on the FOX television network, Last Man Standing stars Tim Allen, Nancy Travis, Amanda Fuller, Molly McCook, Christoph Sanders, Jordan Masterson, Hector Elizondo, Jet Jurgensmeyer, Krista Marie Yu, and Jonathan Adams. Kaitlyn Dever will recur. The series revolves around Mike Baxter (Allen), the marketing director of the Outdoor Man sporting goods stores and a “man’s man”. His family doesn’t see eye-to-eye with him so it can sometimes be a little tough for Mike to stand his ground and stay in touch with his inner man.

The seventh season of Last Man Standing on FOX averaged a 1.09 rating in the 18-49 demographic and 5.71 million viewers. Compared to season six on ABC, that’s down by 5% in the demo and down by 11% in viewership. Find out how Last Man Standing stacks up against the other FOX TV shows.

Will FOX cancel or renew Last Man Standing for season eight? The ratings have been dropping but are still good by today’s network standards. I’m sure it will be renewed for an eighth season, especially since 20th Century Fox Television owns the series and reaps the rewards of syndication money. I’ll keep an eye on the Nielsens and update this page with breaking developments. Subscribe for free Last Man Standing cancellation and renewal alerts.

What do you think? Are you glad that the Last Man Standing TV show has been renewed for an eighth season? How would you feel if FOX had cancelled this TV series, instead?

We love Last Man Standing hope it will be renewed again!

We love Last Man Standing!! Praying it will be renewed!

The best show ever, never ever cancel it, please bring the original Mandy back, have Eve back in all episodes and drop the exchange student!!!

Bring the original Kirstin and Mandy back. Change the actor playing Boyd and put him back at six or seven years old. Lose the exchange student.

One of the best comedy sticoms, love the writing, and the delivery of lines by a great
cast. Look forward to it each week. Plese keep it going.

Elated that it’ll be back. One the few good shows still out there. Keep them coming.

One of my favorites. And I never seem to tire of it.

This show needs to be on FOREVER!