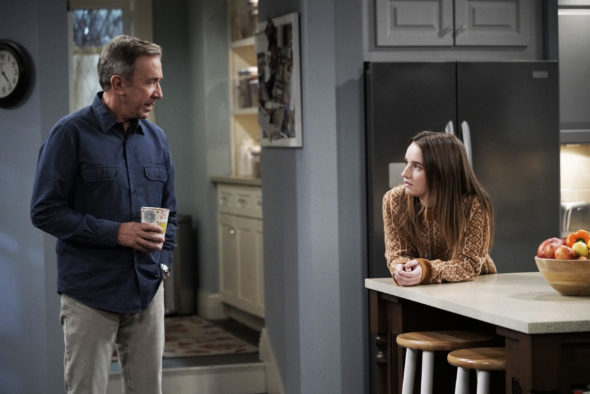 Last Man Standing is getting ready for the premiere of its eighth season on FOX, and fans are receiving a small bit of bad news ahead of the return. Fans will see less of Kaitlyn Dever on the comedy this season. In fact, Kevin Abbott, the show’s executive producer, revealed that Dever will only appear in one episode of the season so far, and that is the season premiere.

Abbott said the following about her appearance in the FOX series, per TV Line:

“She’s a star, and we’ve always known that. She’s a phenomenal talent, and nobody deserves all of these accolades more than she does. She’s just so gifted and such a wonderful, genuine person. With that being said, yes, she is just crazy busy. She hasn’t been back unfortunately, but everyone talks to her. We like to get her on for a few episodes each season because she’s a part of our family, and she works really hard to do that. We’re in a mode of trying to get her in this next cycle of three [episodes], to get her even for a couple of days if we can. But we may have to wait until February to shoot her in another episode just because she’s got all of the press that she has to do [throughout awards season].”

Right now, 14 episodes of season eight of Last Man Standing have been filmed. The season will have a total of 22 episodes.

Last Man Standing will return with new episodes on January 2.

What do you think? Are you sad Kaitlyn Dever won’t be in more episodes this season? Are you excited for the return of the comedy series?

If Eve Baxter is not coming back neither am I. She makes the show, it just isn’t as funny without her.

We love last man standing the whole cast is great keep the show for as many seasons as you can we wouldn’t know what to watch if wasnt on best comedy on!!!!!!

We do need the old Mandy back she was funny when not even trying. The new girl is a good actress but she’s not the original Mandy ! Please come back

She is perfect as the younger girl, she sassy with an attitude, love her I hope she stays on a of a lot more shows . Thank you Kaitlyn Dever you are an outstanding actress !!!!

I, and many others who are avid fans will miss her. I’m very happy that the show is back, for many seasons to come, I hope.

Yes, she will be missed. However, the worst thing about the show is the “new” Mandy. Get rid of her! She’s terrible!

You are right, she’s on the show!

The heart of the show was ripped out with the loss of Eve & Mandy. Hate to say it but, this will be the last season. I’ll miss Tim. At his age, odds are this will be his last hurrah as the leading man.

She will be missed and I will probably not watch the show much after she leaves. Mike and her make the show. Dont get me wrong I love Vanessa but when Mike and eve are together it’s got spark.

Don’t give up on the show just yet!

Welcome back ☺ missed you all

Yes, I’ll miss her, too. She was my favorite.

Kaitlin will be missed. Very sad news, however I am sure she made the right decision for her career. Good luck to you Kaitlin. Shame on ABC for adding uncertainty to your life.

Well I can’t really blame her because when the show got cancelled everybody had to find something to do because ABC took their main source of income away. So when the show came back on FOX she wasn’t on every episode because she was doing other projects. I love Kaitlin Dever and I will definitely miss her too but it makes sense. Still watching it.

“Main Source of income?”
Disney did not own Last Man Standing AT THE TIME, yet now they do.

Okay, whatever. What I meant was that they were committed to being on a weekly television show and that changed when ABC decided to cancel the show.

Anytime you start changing characters the show is doomed!!! We already miss Mandy, now Eve not to mention the original Christin!!!

Thank you. I love that the original Kristen and the original Mandy. The show is just not the same without them. And now that Eve isn’t going to be on, there’s not much left to hold it together.

I agree. The new really TALL blonde is funny but it’s not the same. Also I miss the little boy that was on there before they changed him too! Oh, & sorry, but I sure hope that oldest daughter lost a few pounds.