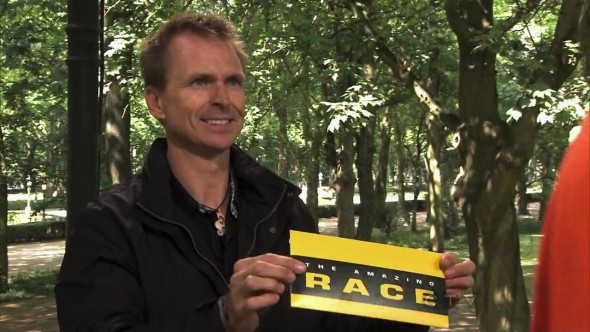 What’s next for The Amazing Race? Recently, host Phil Keoghan spoke with TVGuide about season 29 and the future of the CBS TV series.

The new season of the long-running competition series premieres tomorrow, March 30th, at 10 p.m. ET/PT. For the first time in the series’ history, season 29 will pair up complete strangers to travel around the world.

In the interview, Keoghan said this season felt like time to do something different:

The timing seemed right to try something coming off the back of 28, which was themed around the whole idea of people in social media. It was just, let’s give it a go. It felt like it was time. You’re always trying to come up with new things to keep things fresh.”

Later, Keoghan said a renewal depends on season 29, which CBS moved to a new night and time:

That’s a good question. I think that depends a lot on how many people turn up to watch 29. I think it’s an incredibly competitive television market. I think the reason we didn’t get on [earlier this season] was they were trying new things, new shows. A lot of fans have said, “Why Thursday? Why 10 o’clock? Why can’t it be this? Why can’t it be that?” I’ve just said the same thing to all of them: “Let’s focus on what we do have and what we can do and not what we don’t have and what we can’t do.

This is an opportunity for us to go on a new night — a big night for CBS … and let’s focus on what’s right about this. People keep asking me, “Is there going be 30?” And I say, “If an audience turns up and they watch the show” — and I do believe we’ll get a big plus-3 [in DVR playback] because a lot of families are not going to be watching at 10 o’clock on Thursday, but hopefully we’ll get new viewers too who may have missed us before — “then we’ll be back.” It’s as simple as that.”

What do you think? Do you watch The Amazing Race? Are you excited for the new season?

I am SO ready for The Amazing Race to start up again!! I love this show! I have never missed an episode, and I have every season that has been available to purchase. Please hurry & get it rolling!! I can’t wait!! Thanks Phil,
Connie