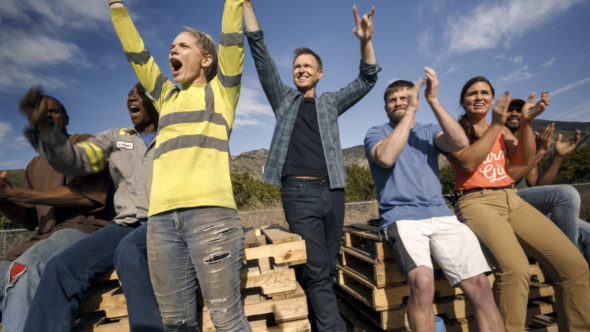 TV show description:
A reality competition, the Tough As Nails TV show celebrates everyday Americans who roll up their sleeves and don’t think twice about working long hard hours and getting their hands dirty, in order to keep their country running.

In the series, competitors consider the calluses on their hands a badge of honor and are tested for their strength, endurance, life skills and, most importantly, mental toughness in challenges that take place at real-world job sites.

At the end of each episode, at least one contestant will be eliminated from the show’s individual competition. However, contestants who are eliminated won’t be sent packing. They’ll still have the opportunity to win additional prizes when they compete in team challenges.

At the end of the season, the winning individual contestant will be crowned as the Tough as Nails champion and will win a Ford Super Duty truck and a $200,000 cash prize.

What do you think? Do you like the Tough As Nails TV show? Do you think it should be cancelled or renewed for another season?

Really enjoyed watching this, something different, normal people, get all those housewife shows off,probably never scrubbed a toilet in their life!