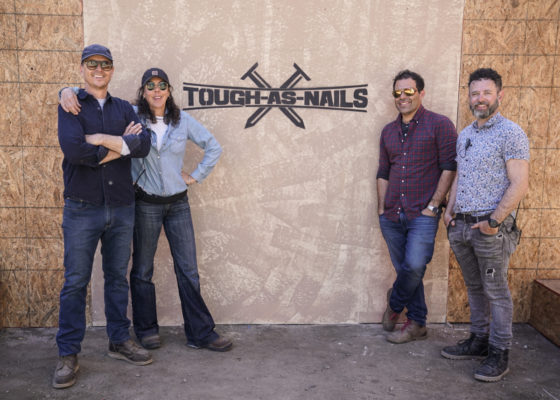 The Amazing Race wraps up its 32nd season next Wednesday, December 16th, but host Phil Keoghan will be back on the small screen before you know it. CBS has announced that season two of Keoghan’s Tough As Nails series will debut on Wednesday, February 10th.

The show will take the schedule spot typically reserved for Survivor. Production on the long-running competition series has been delayed due to the ongoing pandemic.

Here’s the announcement about Tough As Nails’ return to CBS:

TOUGH AS NAILS is a competition series that celebrates everyday Americans who consider the calluses on their hands a badge of honor. Competitors are tested for their strength, endurance, agility and mental toughness in challenges that take place in the real world. One by one, they are eliminated until the TOUGH AS NAILS winner is named, but nobody goes home. Even after they “punch out” of the individual competition, they have the opportunity to win additional prizes in the team competitions that continue throughout the season. The series redefines what it means to be tough, proving that it comes in all shapes and sizes.

Mark your calendars! #ToughAsNails is back Wednesday, Feb. 10 at 8/7c! pic.twitter.com/hwa4cO8ZIe

What do you think? Did you watch the first season of Tough As Nails on CBS? Are you looking forward to the second season?

For 20 years I have thought that I would be a perfect contestant for Survivor. I have applied, and even had an interview.
But when I saw season 1 of Tough as Nails, I realized that this show is the Best!
I have applied, and would Love to show America that someone over 66 years of age can still outwork the younger contestants, by using the skills I have learned over a lifetime of experience, along with my Physical abilities that I still have, because I have always believed in “Use it or Lose it”!!
My nickname is The Handyman!

The show was GREAT! So glad to see it’s coming back.

Loved TaN!! I thought it was an excellent show. Looking forward to season 2 starting. Can’t wait.

I’ll probably watch it because I like reality competition shows. But the 2nd season needs to be much better than the first. Phil is an awesome host and narrator for AR, but in my opinion was not so good in the 1st season of TaN. And can we please kill this trend on reality shows of every single contestant crying at the drop of a hat? It is not endearing, it is tiresome. Fortunately, one can fast forward thanks to dvr. Might want to tinker with the format, too. Each episode seems to plod along, although I do like the… Read more »