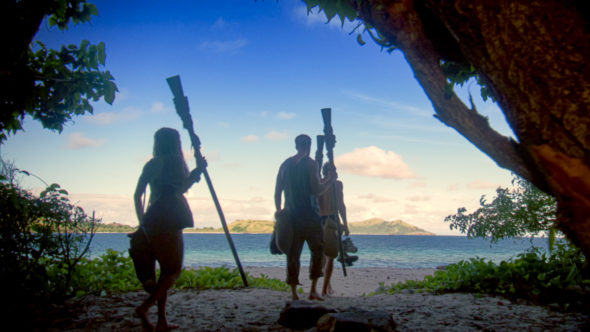 Survivor fans will have a bit of a wait for their next season. The CBS competition series has been delayed due to the ongoing pandemic and now, filming of season 41 is reportedly set for this spring. As a result, the series won’t likely return until Fall 2021.  The current goal is to film seasons 41 and 42 from April until July in Fiji’s Mamanuca Islands

Survivor was set to start filming the upcoming season just as COVID-19 shut down the production of many television shows back in March.

The Fiji government has put COVID-19 safety measures for film productions into place but the country’s borders remain closed to non-citizens. Could the CBS series film domestically? Inside Survivor notes:

“A big reason for that is that Survivor already has the infrastructure in Fiji. Not only do they have a great relationship with the government, but they receive a substantial tax rebate for filming there—though rebates are currently frozen. Also, pre-production on season 41 started back in January through to early April, so many of the props and equipment are already in place.”

It is possible that Survivor could return before next fall, but it’s likely to be a year before fans see new episodes.

What do you think? Are you surprised that Survivor could not film sooner? Will you watch the new season on CBS whenever it airs?

AFREE WITH HUNTER 100%!!!!!! THAT’S A BUNCH OF BS….YOU HAVE TO BE HEALTHY TO BE ON THE SHOW SO GIVE ME A BREAK HEALTH CHECKS AND PUT ON AN ISLAND ALONE??? HOW MUCH MORE COULD YOU ASK FOR?? SERIOUSLY DISAPPOINTED WITH HOW THIS WAS HANDLED…..GIVE ME A BREAK

OH NOOOOOOOO this is so sad I love SURVIVOR and to have to skip the 41 show that would start about now and skip the one in February as well ??? It is so sad I have to wait a year and a half to see the 41 show so I guess it is pay a lot of money every month to watch re-runs that I already know what the ending is so PLEASE find something worth watching that no one knows the ending PLEASE HELP THOSE OF US THAT DEPEND ON TV FOR SOMETHING TO DO OTHER THAN OUT… Read more »

Some good news from Hollywood finally.