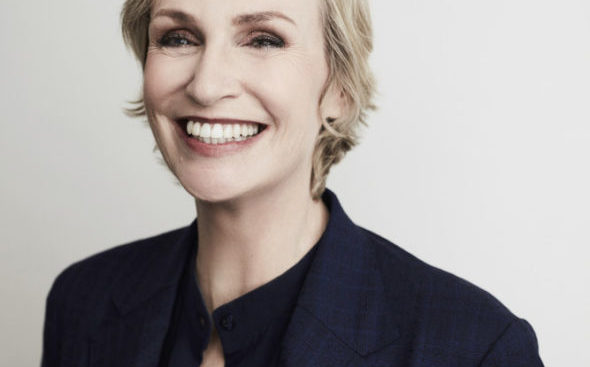 “You are The Weakest Link.” Get ready to hear those words again. The NBC series is returning with a new host. Jane Lynch will replace Anne Robinson as the host of the game show. Lynch also hosts Hollywood Game Night for the peacock network though that show’s fate is currently unknown (season six finished airing on Sunday). The revival of The Weakest Link received a 13-episode order.

NBC revealed more about the series revival with a press release.

The new version of Weakest Link will deliver the fast-paced and quick-witted pillars of the original British format created by the BBC with a few modern twists. The hybrid game show sees contestants answer general knowledge questions to bank prize money across multiple rounds. At the end of each round, the contestants vote out who they perceive to be the Weakest Link remaining.

“I’ve been a longtime fan of this game-changing quiz show since it first debuted,” said Lynch. “Each time the phrase ‘You are the Weakest Link. Goodbye.’ passes my lips, it will be with great reverence and delight.”

“Weakest Link became an instant fan-favorite when it first aired on our network, and we are excited to bring a fresh, new take to the timeless format,” said Meredith Ahr, President, Reality and Alternative Group, NBC Entertainment. “Jane Lynch has been a beloved staple in our NBC family for years, and her sharp wit and engaging personality will be the perfect match for this highly entertaining game show.”

“Weakest Link is an iconic format that BBC Studios has distributed across the globe for the past two decades, capturing audiences and earning a place in pop culture history,” said Matt Forde, Managing Director, International Production & Formats, BBC Studios. “Our Los Angeles production arm is proud to partner with NBC to bring the fastest and fiercest game show on TV back to America, and Jane Lynch is the ideal host to bring her own signature brand of fearless comedy to this fresh version of Weakest Link.”

For 20 years, Weakest Link has been the fastest and fiercest quiz show on television. The massively successful format distributed by BBC Studios has been produced in 44 territories around the globe, with over 1,500 episodes having aired in the UK alone.”

Yes, I will watch it. I use to watch the old version of it all the time.

Yes I will watch! Looking forward to it!

There can never be a good enough replacement for Anne Robinson and I hope that Jane will learn about how to do it justice.

Anne is a great host, but she was so stilted on the American version. If you watch later seasons of the original British version, her style starts to improve. She behaves less like a mean, strict schoolteacher and a little more of an *******; she engages in classic cheeky British banter with the contestants. If Jane can encapsulate that banter in her delivery, the show will be really good. 🙂

Yes! Yes! Yes! I will be watching the game show. Not only that but Jane Lynch will be a great host for the show!!! Can’t wait