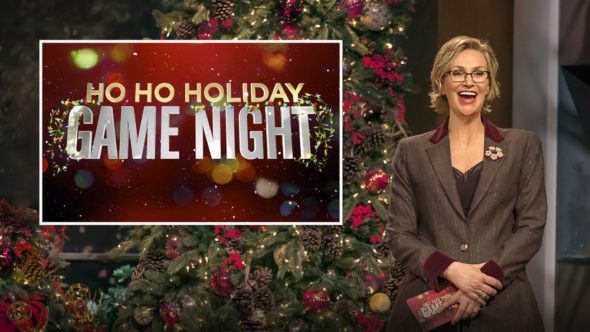 In 2017, NBC scheduled its Hollywood Game Night TV show as a summer series, where it dropped only a tiny bit in the demo and rose in terms of total viewership. This year, the Peacock Network held the sixth season until the winter holidays in hopes that it might end up on the Nielsen ratings’ “Nice” list. Do you think this move will help them attract a larger audience, or will they end up with a lump of coal for their troubles? Will Hollywood Game Night be cancelled or renewed for season seven? Stay tuned.

Note: If you’re not seeing the updated chart, please try reloading the page or view it here and here.

For comparisons: The fifth season of Hollywood Game Night averaged a 0.94 rating in the 18-49 demographic with 4.091 million total viewers.

Note: NBC aired the first 10 episodes of season six during the 2018-19 season and the remaining six as part of the 2019-20 season. As a result, we’ve broken the ratings up into two charts.

Note: Nielsen did not report the ratings for the season finale as a standalone program and instead, included them in the three hours of NASCAR Cup coverage. For that reason, the finale ratings are missing in the ratings chart.

What do you think? Do you still like the Hollywood Game Night TV series on NBC? Should it be cancelled or renewed for a seventh season?