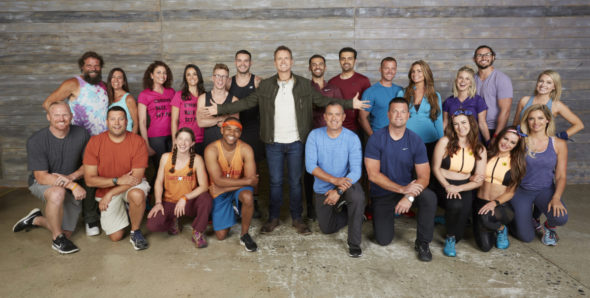 What do you think of all the reunions during the 31st season of The Amazing Race TV show on CBS? As we all know, the Nielsen ratings typically play a big role in determining whether a TV show like The Amazing Race is cancelled or renewed for season 32. Unfortunately, most of us do not live in Nielsen households. Because many viewers feel frustration when their viewing habits and opinions aren’t considered, we’d like to offer you the chance to rate all of The Amazing Race season 31 episodes here. **Status update below.

What do you think? Which season 31 episodes of The Amazing Race TV series do you rate as wonderful, terrible, or somewhere between? Should CBS cancel or renew The Amazing Race for a 32nd season? Don’t forget to vote, and share your thoughts, below.

*4/22/2019 Status Update: It’s presumed that CBS has renewed The Amazing Race since season 32 has already been completed.

The amazing race is, hands down, the best reality show ever! I have to admit that I did like it better before the”U-turns” were put into play because before, your outcome wasn’t in the hands of your competition. However, now your fate can be decided by the couple who arrives ahead of you at the U-turn if they choose to use it on you. But……it is still the best reality show on TV.

Liked the show but not as much when the show consists of people from other shows. I wish these reality shows would stop this new trend. Give a novice couple an amazing chance to win the Amazing Race. I still love this show.