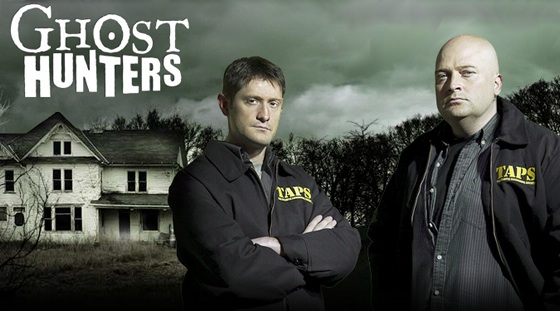 A&E is getting scary this summer. The network just announced their 2019 paranormal programming, which includes new seasons of Ghost Hunters, Psychic Kids, and Celebrity Ghost Stories.

Take a sneak peek and read more info from A&E below:

“A&E has been on the forefront of programming in the paranormal space and with that success, we have been eager to bring the genre back to the network for some time,” said Elaine Frontain Bryant, EVP and Head of Programming, A&E Network. “Each of these series has a unique point of view, but will collectively give our audience a window into a world of spellbinding stories that have to be seen to be believed.”

Fifteen years after introducing the world to the field of authentic paranormal investigation, “Ghost Hunters” returns to television on Wednesday, August 21 at 9pm ET/PT. The series that terrified and captivated fans for 11 seasons will follow one of the original team leaders, Grant Wilson, and his handpicked group of professional ghost hunters as they use their decades of field experience to investigate hauntings across the country. Engaging forensic experts, historical records and the most innovative technology available, the new squad will help everyday people who are struggling with unexplained supernatural phenomena. The team is committed to discovering the truth to give relief to those plagued by paranormal activity and will follow the evidence they uncover wherever it may lead. The new crew working alongside Grant includes paranormal investigators Daryl Marston, Kristen Luman, Brandon Alvis, Mustafa Gatollari, Brian Murray and Richel Stratton. The series reboot has been greenlit for 20 episodes.

“Psychic Kids” will immediately follow “Ghost Hunters” on Wednesday, August 21 at 10pm ET/PT. Ten years ago, the series chronicled the journeys of children who were learning to control their extraordinary abilities – and it changed their lives. In eight all new episodes, those original kids, who are now successful young adults, will work to empower a new generation of young psychics alongside trained licensed therapists. They will spend time with the children and their families to assist them in not only taking control of their paranormal abilities, but also showing them the remarkable power of their immense gifts.

“Trey the Texas Medium” (wt) centers on Trey Ganem, a successful businessman in Edna, TX, who creates one of a kind, custom caskets. While refining his skills as a master carpenter, Trey cultivated his deeper talent of mediumship. His special gift first manifested as a child, but was not encouraged by his parents. When Trey’s business brought him closer to those grappling with death, he realized his ability to speak to the dead could be put towards a higher purpose. Using both of his talents, he brings messages of love that aid families in finding the closure needed to move forward. The series has been greenlit for 12 episodes set to premiere this Fall.

“Celebrity Ghost Stories” follows paranormal storyteller and world-renowned psychic-medium Kim Russo of “The Haunting Of” fame. Kim, whose abilities have only gotten stronger over time, is bringing some of the biggest names in entertainment back to the sites of their paranormal experiences for an unfiltered and, in some cases, dangerous reunion with the ghosts of their past. The series combines the thrill of ghost hunting with the emotion of psychic-medium readings to push the limits, showing a deeply raw and authentic side of some of America’s favorite celebrities. The series has been greenlit for six episodes set to premiere this Fall.

“World’s Biggest Ghost Hunt” (wt) is the longest continuously filmed paranormal investigation in television history, where five paranormal investigators are locked inside the legendary Pennhurst Asylum in Pennsylvania for two weeks to document unexplained recent reports of paranormal activity. From 1908 to 1987, the 110-acre hospital had more than 10,000 residents, mostly children, confined in the most brutal conditions. Pennhurst is known as one of the most haunted locations in the United States, but recently, workers at the site have reported a sharp uptick in paranormal activity including mysterious noises and voices while others claim they were being physically attacked by spirits. Determined to get to the bottom of these claims, the owner has granted the team of investigators unprecedented access to the entire property including areas of the asylum that are closed to the public. The team will hunt the sprawling, spine-tingling property using their formidable skills and a wide array of top-notch tech gear to capture paranormal activity working to uncover the Asylum’s darkest secrets and help determine why the paranormal activity is spiking. The two-hour special is set to premiere this Fall.

What do you think? Are you a fan of A&E’s paranormal series? Which will you watch this summer?

I will probably watch all of them. Love Kim Russo!

I am beyond thrilled that you are bringing these shows back. Thank you!!!

Thank God you brought back my two favorite shows!!!! There has been two many crappy shows on…. Now I have something other than “Dead Files” to watch… Lobe that show also!!

A&E is the place to be. Loving all your upcoming paranormal shows ❤

Oh sweet, soon this channel will be a hodgepodge of paranormal garbage like “travel” channel.

I don’t think so, Live PD is still their #1 Program so I doubt we’re going to see that go away soon.