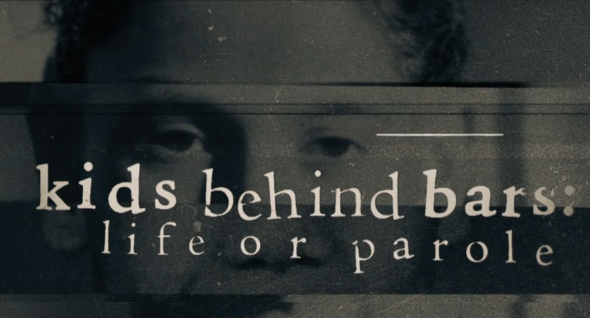 The docu-series “tells the individual stories of eight previously convicted child offenders sentenced to mandatory life terms without parole who are now seeking resentencing, on the heels of a recent United States Supreme Court ruling.”

New York, NY – April 2, 2019 – A&E Network’s new, raw eight-part original docuseries “Kids Behind Bars: Life or Parole” tells the individual stories of eight previously convicted child offenders sentenced to mandatory life terms without parole who are now seeking resentencing, on the heels of a recent United States Supreme Court ruling. While some may be resentenced to life, others could be immediately released or given a new sentence that makes them eligible for parole. The new series chronicles the chilling crimes and the painful and emotional impact on the victims’ family and friends as they grapple with the uncertain reality that these convicted offenders could possibly be released back into their communities. Additionally, each episode will include exclusive commentary from the convicted offenders directly from prison as well as leading psychologists, law enforcement and reporters closest to each case as they provide their own unique perspective on the Supreme Court ruling and how its impacting each individual case. “Kids Behind Bars: Life Or Parole” premieres on Tuesday, April 30 at 10PM ET/PT on A&E.

“Timely, groundbreaking non-fiction programming is where A&E shines and while this series is chilling, it’s a riveting and honest look into our criminal justice system and the impact these landmark court cases are having on those within our communities right now,” said Elaine Frontain Bryant, Executive Vice President & Head of Programming for A&E.

Until recently, there were thousands in the United States serving life-without-parole sentences for crimes they committed when they were seventeen years old or younger. In 2012, the United States Supreme Court ruled, in Miller v. Alabama, that mandatory life terms without parole for juveniles were a violation of the 8th Amendment. In 2016, in Montgomery v. Louisiana, the Court ruled that their holding in Miller v. Alabama must be applied retroactively, giving those previously convicted child offenders the opportunity to plead their cases for possible resentencing. The focus of the series will be split between the facts of these brutal crimes when they were originally committed, combined with new evidence that has come to light, and the real-time updates regarding potential releases, parole hearings, and resentencing as they currently unfold. What happens when kids commit horrific crimes? This series tackles controversial questions from multiple perspectives, including leading psychologists and experts in the field, along with local media, law enforcement and those closest to these cases as they explore the dark complexity of the repercussions when kids kill, and the painful lifelong effects for all of those involved on both sides. The eight cases covered in this series include:

On April 10, 1995 in Aurora, Colorado, 15-year-old Curtis Brooks was one of four teens involved in the death of Christopher Ramos as they attempted to steal his car. Curtis was sentenced to life in prison without parole. After 23 years in jail, Curtis is granted a resentencing.

On March 7, 1992, 15-year-old Bobby Gonzales shot girlfriend Krissi Caldwell’s mother and father as they slept in their home in Frisco, Texas. Roz Caldwell was killed, but her husband Buz survived. Bobby is hoping to appeal his sentence.

On August 21, 2001, a group of teens, including 15-year-old Brandon Moore, kidnapped and raped Melissa, a 21-year-old college student in Youngstown, Ohio. Brandon was tried as an adult and sentenced to 141 years in prison without parole. Seventeen years later the Ohio Supreme Court agreed that Brandon’s sentence is the equivalent of life without parole, and is therefore unconstitutional, granting him a resentencing.

On March 31, 1998 in Albany, Georgia, 16-year-old Otis Daniels broke into Valerie McGouirk’s home in an alleged attempt to rob her, ultimately shooting Valerie and her 16-year-old daughter, Valene. Otis was sentenced to life without parole. Now, Otis has a re-sentencing hearing in the hopes he can someday be released.

On February 2, 1999, 17-year-old Ronald Bell and two other teens, in an alleged retaliation, brutally murdered Cordell Richards in the woods of Fort Walton Beach, Florida. Bell was ultimately sentenced to life without parole. Ronald Bell is now 36 years old, and has been granted a resentencing hearing.

On March 4, 2010, 17-year-old Timothy Preston Chavers was one of three teens involved in the murder of Christopher Pitcock during an attempted robbery in Fort Walton Beach, Florida. Preston was sentenced to life without parole. Now, at the age of 25, he has been granted a resentencing hearing.

On November 24, 1990, 15-year-old James Wiley killed his stepmother and three young brothers. It was a crime the small town of Thermopolis would never forget, and 27 years later Wiley’s legal team is arguing that his original sentence is unconstitutional as they seek a resentencing hearing.

What do you think? Are you interested in prison reform? Will you watch Kids Behind Bars?

Dec. 1st 1997, my life along with many others was changed forever. Michael Carneal, a freshman at my high school, opened fire on our prayer group and killed three students along with injuring several others. He was sentenced to 25years to life. As his parole day is nearing my thoughts on how I feel it should go have been really opened up since I have started watching this show. This show really couldn’t come at a better time. I know that the healing process is something we all have to go through and everyone is different. Now 20+years later as… Read more »