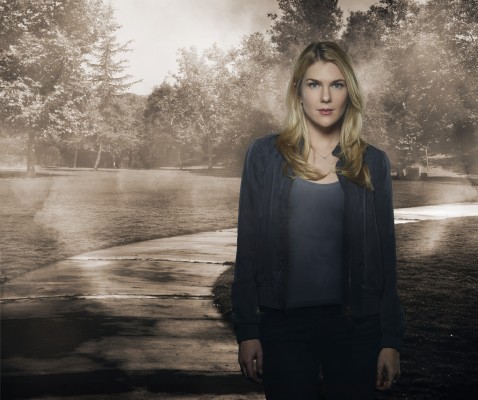 It’s not looking good for season two of The Whispers. The ABC TV show has been dropping in the ratings and now, the network has let the cast’s options expire.

Word is that the cast’s contract options for a second season expired at the end of June. According to Deadline, ABC hasn’t given up on The Whispers just yet however and want more time to make a decision.

The network tried to get a two-week extension but that didn’t happen — in part because of series star Lily Rabe. She and other members of the cast weren’t happy that, after the pilot was shot last May, shooting of the series was relocated to Vancouver.

Shooting in Los Angeles would be too expensive for the low-rated drama so producers have a plan for Rabe to do a limited number of episodes if the series ends up being renewed.

If The Whispers is picked up for a second season, new contracts will have to be negotiated — providing the castmembers want to return or aren’t already committed to other projects. Ventimiglia is being eyed for the lead role in a pilot for USA Network called Shooter.

What do you think? Would you like to see The Whispers renewed for a second season or, should ABC cancel it and move on?

I’ve only just discovered it and yes please it would be great to see more seasons I loved the show we need more.

I have this show set to record on my DVR. I have been waiting for it to come back on and would hate to think that would might not see the story continue. Please show us what happens next.

Only just discovered this ..,, its brilliant please please do another series !!!!wasnt advertised enough I found it by accident ( I’m in uk)

Not again.
They always seem to cancel good shows, I didn’t hear of the whispers until now and I am addicted.
It’s brilliant, good story lines. Bring it back on. You don’t advertise it enough I’m in the uk and not one of us heard about this show until I saw a box set available to watch and I like movies that have a chill factor.
Do the Americas not know when they have a winner.

I LOVE the whispers, its my FAVORITE show aside from castle, if this show doesn’t continue, I will cry, and send hate mail to “abc” where they air it, the whispers keeps you at the edge of your seat, and makes you WANT yo find out what happens, they leave you hanging, so that you’ll come back for more, the whispers has unfinished business, that absolutely NEEDS to be finished!! Lily Rabe is my favorite along with Minx, and I CRIED when Lena died, but all I know is, is that the whispers, BETTER continue!!

I enjoyed Whispers. If it can’t be renewed, at least make a few episodes to end the cliffhanger. I was looking forward to another season of the storyline and acting.

My daughter and I really enjoy watching “The Whispers” together. We certainly will miss it!

I can’t understand that you, who ever you are make television shows. They are made for a season then canceled after the season finale. You don’t tell us series finale you just end them, then we are left hanging wondering what the heck happened. I understand if the ratings are bad and the you can’t keep making the show. It would be nice if you would at least make a couple more episodes of these shows to close them out and quite leaving everyone hanging. You the networks have killed some pretty good shows over the last few years, some… Read more »

Please do not cancel the whispers , i love it and i want the story to continue . It’s an amazing series 🙂

don’t cancel the whispers I watch and love it please

The Whispers Sn1 Was so intriguing,followed the episodes till the end so sad to hear Sn2 will be a no show,would really love to know how it all plays out,mostly since O’Ryan broadcasted a signal to the Others..#BringthewisphersBack

I really hope that they don’t cancel this show. I thought it was very interesting and spooky. I don’t see why the ratings were low. Everyone I know watched it. I forget what was on other networks at the same time. Maybe it was up against something else that was more popular but like almost everyone has DVR’s now-a-day’s so I don’t see what the problem is. Please don’t cancel it! We need to see what happens….LOL! 🙂