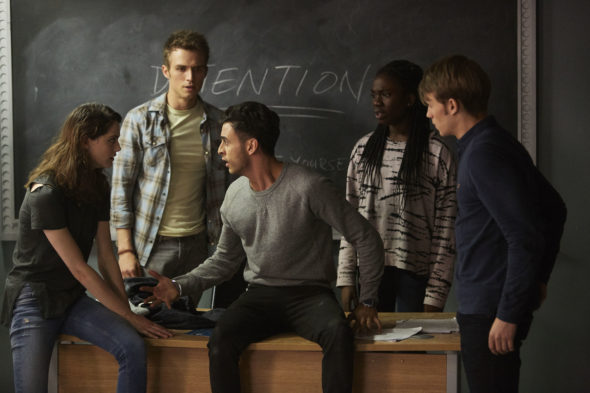 School’s out forever. The BBC has cancelled its Class TV show, after just one season. Radio Times has confirmed there will be no season two of this Doctor Who spin-off.

Here is more on the Class TV series cancellation, from Radio Times:

The drama, written by Young Adult author Patrick Ness, attracted lukewarm reviews when it was shown on BBC3 and in a late night slot on BBC1. Ness has already said he wasn’t writing any more episodes.

However the show had not formally been decommissioned – until today that is, when hopes that the series could continue were finally dashed by BBC3 controller Damian Kavanagh.

Asked by RadioTimes.com whether it would be coming back, Kavanagh said, “No, no.”

“There was nothing wrong with it,” he added. “I thought Patrick did a great job, he explored an amazing world. In honesty it didn’t really land for us on BBC3; some shows don’t and I have to make decisions about what we’re going to do from a drama point of view, and what we did after Class was Clique which worked really well for us.”

Class: A Look at the Ratings

The current season of Class averaged a 0.08 rating in the 18-49 demographic and 274,000 viewers. Find out how Class stacks up against other BBC America TV shows. 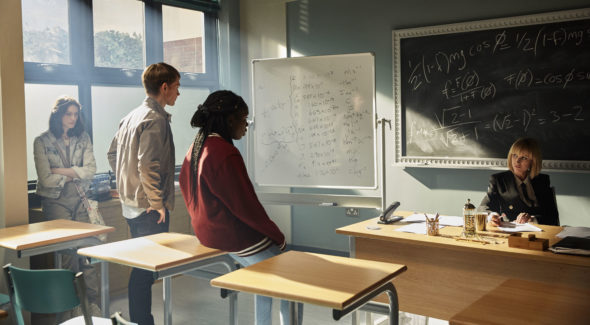 What do you think? Are you a fan of the Class TV show? Should BBC have cancelled or renewed it for season two? Let us know, below

Just finished watching the show & really liked it. Didn’t know it existed. With BBC 3 going to stream only its no surprise it was cancelled. Should have put it on bigger channel, late BBC 2, it was already made, nothing to loose. Or bring back to new BBC 3. 10/03/2022.

I’ve been watching Dr. Who since 1968. I really liked class And I think it belongs in the Dr. Who universe more.

I loved it too and I am nearly heartbroken that it has been cancelled. I really thought that it would make it like Torchwood and Sarah Jane did a few years ago.

I can honestly say that this is the first time that I have been disappointed with the news that class has been cancelled. Of course, this time, “class” should be with an uppercase “C”. Class dismissed… sadly.

Loved the show. Very disappointed to see it will not return.