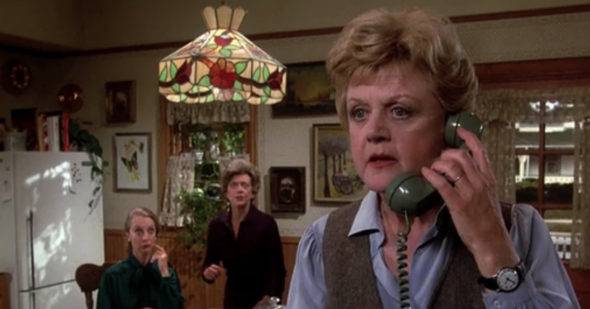 Is Angela Lansbury retiring? Recently, the Murder, She Wrote star spoke with Radio Times about her legendary career and recent role in BBC’s Little Women.

Lansbury played amateur detective Jessica Fletcher on Murder, She Wrote for 12 seasons between 1984 and 1996. She earned 12 Emmy nominations for her role on the hit CBS series and has since gone on to star in Law & Order, Touched by an Angel, and BBC’s new Little Women mini-series.

In the interview, Lansbury revealed how she really feels about her many Emmy nominations (18 total) and losses:

“It p***ed me off! Because I just didn’t add up at all in Hollywood. Everywhere else in the US, Murder, She Wrote was huge, but not in Hollywood – no, no, no, they didn’t want to know. I wasn’t upset… well, I was upset, really. It rankled me. I can’t say it didn’t.”

Lansburgy also suggested that her role as Aunt March in Little Women might be her last:

Television I can deal with, in a limited way, though how much more I’ll do, I’ve no idea.”

Little Women is slated to debut on PBS on May 13th.

What do you think? Are you a fan of Angela Lansbury? Did you watch Murder, She Wrote?

Lansbury is a multi talented actress/singer/dancer both on screen and stage. It seems very wrong that she has never received an award for MSW. No it’s not Shakespeare but then neither was say, Frasier or Cheers ! She has won many other awards but I guess it still rankles. It would be fitting if she received a”Lifetime”award imo.

I’ve been a fan of Angela Lansbury since ‘The Long Hot Summer’ (1958). She was wonderful in that movie, and in every single thing I’ve seen her in since then. My whole family watched and still watch Murder, She Wrote whenever it is showing. We adore Miss Lansbury, and appreciate her considerable talent.

18 Emmy snubs, it just goes to show you that the awards are not always about talent. Angela Lansbury (and MSW) is one of my all-time favorites!