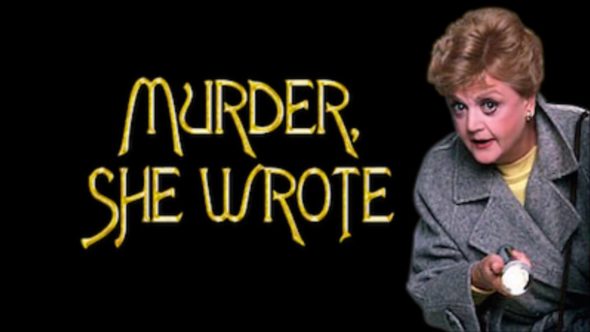 Get ready to revisit Murder, She Wrote. The long-running drama series is coming back to television screens, but it isn’t a revival. The original series, starring Angela Lansbury, will soon air on WGN America.

WGN America revealed more about the arrival in a press release. Check that out below.

“WGN America announced today the acquisition of Murder She Wrote, the classic crime drama starring Angela Lansbury, set to launch on the network Monday, January 1 at 9:00am ET / 8:00am CT.  Kicking-off with the first four episodes from season one, and airing all 265 episodes throughout the 2018 year, the cherished series is the latest addition to WGN America’s lineup.  WGN America is the leader in crime drama and the Murder She Wrote episodes will air in chronological order, every weekday at 12:00pm-3:00pm ET / 11:00am-2:00pm CT.

Murder She Wrote follows mystery writer and amateur detective Jessica Fletcher (Angela Lansbury) – a down-to-earth, middle-aged widow – who ferrets out the criminals in idyllic Cabot Cove, Maine, which apparently is the murder capital of the United States for the show’s 12-season run. Though while traveling, she uncovers a fair number of killers as well.”

Will you check out Murder, She Wrote? Tell us what you think.

Where is Murder She Wrote? I look forward to watching everyday and now it’s gone. Is she coming back?

Looking forward to seeing it. I watched it every week as a kid with my family.

My mother and I loved this show and will be very happy to watch it again. Thank you WGN, but please don’t screw with the scheduling.

Definitely will be watching

No, I started watching WGN because it has In the Heat of the Night,
and Person of Interest. I don’t like their programming- they keep
changing it up. Now Person of Interest is on at 4 .am. sometimes on the weekends?? I don’t believe the new owners of WGN even care about
their long time viewers, they seem to want to just get more viewers. They cancelled two of the best series ever- Underground and Outsiders which portrayed very important social issues of this generation.