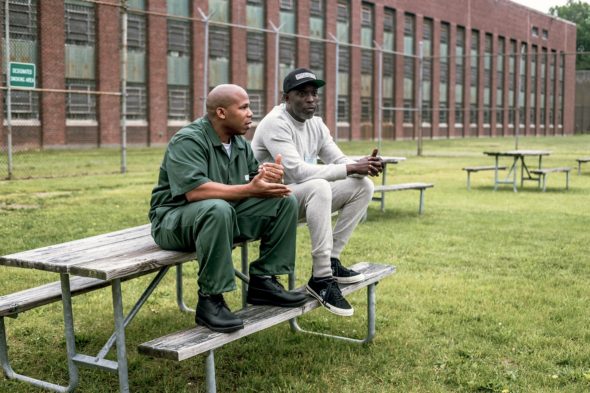 Amid the maelstrom of the 24-hour news cycle, VICE remains a destination for compelling documentary journalism. As Trump’s America continues to dominate headlines, VICE will continue its commitment to covering under-covered global stories with exclusive reports from Iraq, Russia, the Central African Republic and China. Season six will also focus on the domestic issues dividing the nation, providing in-depth, trusted reporting on the major debates surrounding gun laws, immigration, economics, education, civil rights and America’s place in the world.

In an extended special season premiere, Emmy®-nominated actor Michael Kenneth Williams takes a personal journey to expose the root of the American mass incarceration crisis: the juvenile justice system. Later in the season, George Polk Award winner Elle Reeve continues her coverage of the white supremacy movement in America, while Antonia Hylton reports on the gang violence devastating Chicago. Isobel Yeung gives audiences an unprecedented look inside the chaos and rebirth of societies across the Middle East, from Yemen and Libya to Iran and Iraq. Gianna Toboni continues her award-winning coverage of civil rights and documents the ongoing threats to Rohingya refugees who remain stateless and are at risk of repatriation to Myanmar. After years of covering front lines across the Middle East and Africa, Ben Anderson returns with stories of communities and ethnic groups who were displaced by violence and are now fighting for a home in contested lands from Afghanistan to the Central African Republic.

Since its launch in 2013, VICE has redefined documentary filmmaking with a series of acclaimed reports on such subjects as: climate change in Greenland; America’s trans youth; the global state of surveillance, as told by Edward Snowden; and the fight against ISIS in the Middle East. The show has also been home to groundbreaking special episodes, including: “A House Divided,” “Killing Cancer” and “Fixing the System,” in which President Barack Obama became the first sitting president to visit a federal prison.

VICE continues to be at the forefront of long-form international journalism, producing rare-access, on-the-ground reporting, coupled with an immersive and unorthodox style of documentary storytelling to offer audiences a unique perspective on the biggest global stories of our time.

What do you think? Have you seen Vice? Will you watch the new season?