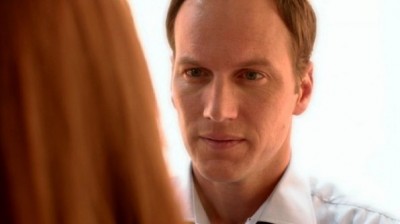 I love this show….great actors and love the story line – rich doctor seeing how the other half lives. …please don’t cancel.

This is a great show! I am so tired of new shows coming on, but then getting cancelled. These shows need to be promoted more. This show has some great actors and a great storyline. I hope this show is given a chance!

The show may be predictable, cliche as everyone says. but it feels good all around. It’s so good that I don’t usually write comments, but I wanna back this up.

Instead of going out I stay home on Friday nights to watch CBS Drama starting with A Gifted Man. I love A Gifted Man and do not want to see it cancelled. Great acting, storyline and cannot wait until the next epidoe. Patrick Wilson is amazing as Michael and cannot seem another actor in the role. CBS please do not cancel A Gifted Man!

Loved it! Can’t wait for next week…..

The show, with all it’s talent truly stinks…..
Nothing new here, just mediocrity as far as writing, Directing and acting.

The show is going to bomb and it deserves it…….

Give this show a chance. I think it will prove to be a very good show in the long run,but then again you always cancel the shows I end up liking. Give this one a chance at a long run will ya? It has promises.

This show is VERY refreshing. Enjoyed it immensely! Will continue to watch.

Yuck. Eli Stone wthout the music meets House without the humor meets Ghost Whisperer without the cleavage — none of the good parts, but all of the sappy urge to beat people over the head with an obvious “message”. Everything was stock paint-by-number hollywood BS here — not a single character, including the arrogant surgeon, dippy new-agey sister, caring ex-wife, troubled teen nephew, sister’s knowing-but-goofy shaman dude, sports obsessed parents, too rich for his own good patient, sassy fat secretary, noble sick kid — every damn one of them was a cliche stock character we’ve seen a thousand times before,… Read more »

The story line is so trite and predictable and sluggish. There must be better things on tv, today. Shame on your CBS.

It is fantastic.
Great combination of greys and ghost whisperer.

Gifted Man can be CANNED … Story line stinks..not worth watching rather watch reruns

You can be canned for the same reason!

I’m a little reluctant to express an opinion. Seems everything new that I like is doomed to be canceled. I suppose only the 18 to 49 group gets a say about what’s what on TV today.
I hope it sticks around for at least one season.

The first show was excellent, refreshing vision, great acting, and script, and beautifully produced. Hope it doesn’t meet the fate that other good shows like it have met: i.e. The Stone lawyer show who had visions. That was a fabulous one. Look forward to the next.