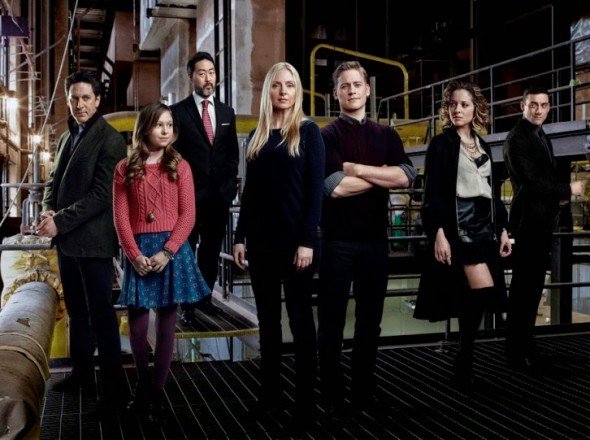 I loved this show. I thought the acting was excellent. Definitely a show that I recorded if I couldn’t watch it.

NBC has become notorious for canceling great shows like Allegiance and many other intellectual shows like Touch, Believe, to name a few. Slap won’t last long either . They do not even give the shows a chance!’!! Shame on you NBC

I am very disappointed to hear the Allegiance has been cancelled. I watch The Americans but was more intrigued by Allegiance. Please give it another season

I thought a major flaw of this show was it’s premise — The Cold War is long over. Believing that the Russians are the “Evil Empire” willing to risk war with the US in today’s world is really stretching it. FX had the sense to set “The Americans” in the early ’80s when such machinations were more realistic. Aside from that flaw, I must say that the show is a well-written thriller with a top-notch cast. I especially liked Hope Davis as the Momma Grizzly Katya. I agree with all who say NBC was hasty in pulling the plug so… Read more »

I am really into this show and am disappointed.
NBC always seems to cancel the shows I like. They will fall on my watch list.

Really enjoy this show. Should keep it a few years. Pretty sure it’ll become successful

They did not give it a chance, to quick to cancel. I feel like the rest of the group. Who make these quick decisions?

I loved the show and I hope you sell it to Netflix and I hope they’ll do better than you! What a let down. You guys suck. Five episodes isn’t enough to get a following.

I loved the show from the first night. I wished they would sell it to Amazon or Netflix. The actors were great and I couldn’t wait till the next episode.

Why would you cancel allegiance ? Awesome show yet you keep the stupid comedy ones,or the reality ones. This is why I hate watching new shows because the good ones always get booted.

Ditto! This show is great TV! The actors are perfectly cast it’s interesting , exiciting and romantic. What the heck is NBC thinking canceling this series? WHAT DOES NBC HAVE HOING FOR IN THE WAY IF INTELLIGENT TV? Not much now…. Really disappointed!

Finally a good show with substance, and it’s cancelled. I’m so tired of reality shows taking over TV. They’re such a waste. My husband, daughter and myself really enjoyed the show. What a disappointment!

Allegiance is / was one of the best shows on TV!! The Slap is total Crap… and definitely not worth watching! Bring Allegiance back and cancel The Slap! Very disappointed with NBC’s inexplicably foolish nonsensical decision!!

NBC did not even get it a chance to develop. Since episode one, I was hooked and felt that it was a good equivalent to the Americans on FX- I felt that their was lots of good material and back stories to able to develop for seasons to come. I loved Alex’s character’s- its was unique and very appealing to see his adaptation and mind in this genre. Please bring back Allegiance NBC, learn to be patient… as you will be rewarded.
Sincerely,
Loyal NBC viewer

Very disappointed with NBC cancelation of Allegiance. This show was very exciting and enjoyed the plot. My husband stated that he liked it over The Americans! Thought it was well written as well. I don’t like reality shows and it seems there are much too many of them. That goes for all the major networks. A good show comes on and they cancel it! I’m hoping they reconsider .