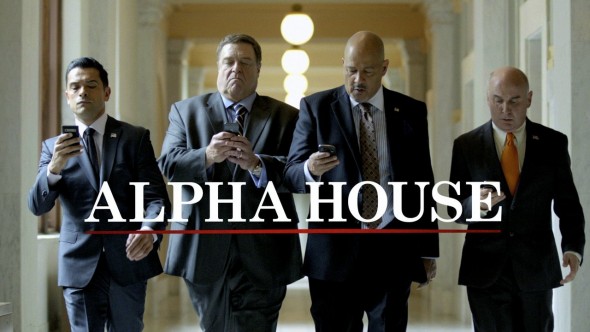 Alpha House first premiered on Amazon in 2013. With two seasons appearing on the streaming services, some fans are wondering if a third season is on the way.

There is not much known about the future of the series starring John Goodman, but one fan asked TV Line if a season three was coming to Amazon soon.

The news outlet said the following:

“That’s TBD,” Amazon Studios boss Roy Price said when I brought your query to him. Noting that he met with series creator Gary Trudeau just two weeks ago, he added, “We’ll have to resolve that.”

Are you a fan of Amazon’s Alpha House? Do you want a third season? Tell us what you think.

If they don’t come up with another season of Alpha House, we should all go to Amazon and start giving it low ratings because they left us hanging.

Love Alpha House! Please give us a 3rd season!

I just found Alpha House and am sad it’s not coming back.

Especially given the last year, you’d think it would write itself!

Alpha House is smart and absolutely hilarious!! Gary Trudeau is a genious!! Great cast and great chemistry amongst the actors!!! Hope season 3 happens!!!

Alpha House is great. I really hope we can enjoy a season 3 – and more!

Loved it! Hope there’s a season three, some of the sharpest writing i’ve seen recently

We loved the show. Please renew for a third season. All friends who have watched it loved it as well.

One of the best shows on TV. Love all the cameos with real politicians and broadcasters. Adds a sense of reality. Hope they make season 3

My wife and I both love this show and really want a 3rd season. It’s a smart and funny show. There are far too few of those already. Don’t let this one die!

I would love to have a season three! I love the show. I binged both existing season in 2 nights. I stayed up all night watching season 1, then the next night, no sleep again because I watched the entire 2nd season.

Have thoroughly enjoyed the series. Waiting for season 3!

Been waiting for season 3. Usual crap not going ahead. Whats wrong with these blinkered companies! May as well stop paying subscriptions and go to torrents, not wasting money then.