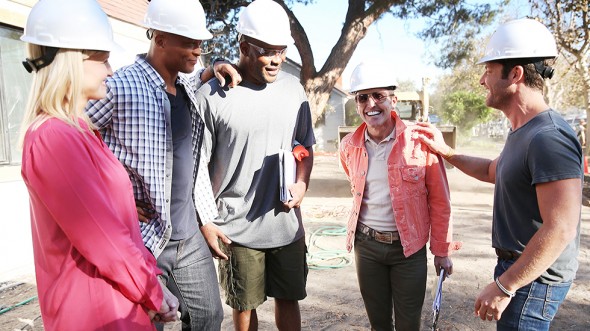 I loved the show!! Please do a second season!

I Absolutely LOVED this show and I think more people would definitely watch this show if they knew more about it. I know i talked to all my friends about it. But no one will usually start a show if there’s only one season. We want more seasons!! come design my home!

I Absolutely LOVED this show and I think more people would definitely watch this show if they knew more about it. I know i talked to all my friends about it. But no one will usually start a show if there’s only one season. Please bring it back!! come design my home!

I enjoyed the show.

Would love to win the prize package.

I loved the show! I would definitely vote to renew for another season!

Please give this show another chance!!!!! This show is an inspiration to all aspiringdesigners as well as home decorators. Please reconsider!!!!

Please renew!! I loved this show!!

Please renew! This was such a great show!!!! And I agree with SM, involve the viewers and the ratings should go up.

I Love the show…I enjoyed watching experienced designers and home builders — against one another as they come up with creative home transformations. The show should have another chance. I loved watching it. I hope the show “American Dream Builders” isn’t cancelled. Try adding the Viewers point of view through “TEXT”. Let the Viewers compete for a home transformation….THAT SHOULD GET THE RATINGS UP!! Who would not want to win that? I know I would love to win it. Please stay on the air. Thanks