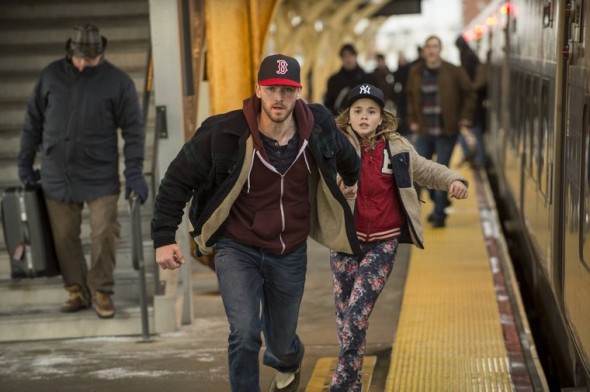 NBC has had mixed luck with their ratings this season. They’ve had some successes and some failures. How does the Believe TV series measure up? Will it be cancelled or renewed for season two?

Believe revolves around a young girl with special abilities and the adults who are trying to protect her from evl forces. The cast includes Johnny Sequoyah, Jake McLaughlin, Delroy Lindo, Kyle MacLachlan, Jamie Chung, and Arian Moayed.

The show got off to a positive start on Monday, March 10th — likely thanks to having The Voice as a lead-in. The premiere drew a 2.7 rating in the 18-49 demographic with 10.56 million total viewers. It was a distant second in its timeslot, behind ABC’s The Bachelor: After the Final Rose.

To drop to a 1.2 rating in the demo after just three episodes is a very bad sign for Believe’s future. It’s possible that the numbers could turn around and start to rise but it’s more likely that they’ll keep falling. The network needs new successful programming for their schedule and it seems clear that this isn’t it.

But, what do you think? Do you like the Believe TV show? Do you think it should be cancelled or renewed for a second season?

Personally I LOVE it!!! I REALLY hope it gets renewed!! I’m totally hooked and the actors are all really great especially the little girl, she is exceptional. I don’t mind the being chased factor though I am looking forward to their eventual semi-safe state but that’s more because I’m already attached to the characters. I can feel some bug twists coming and I really can’t wait to see them explored, I really hope it gets the chance to see them through and beyond.

I have found believe to be one of the few enjoyable shows worth watching on TV. Unfortunately, die to my schedule I only been able to watch one episode when aired. The test I have had to view through On Demand. Great show, please keep it!

NBC, please keep Believe and renew for next season. The entire cast is great and Johnny Sequoyah is amazing for her age. She will have a long career. The balance of the chase and the good deeds she does in each episode works well. As the back stories develop for each character the show will be even more interesting.

I enjoy this show. I look forward to it every week, wondering what mystery the blue butterfly leads her to next. I really hope the numbers are high enough to keep it on the air.

I personally love the show, however I believe the time slot given the program is the problem, not that it’s not a good show. There are to many other shows that have been around during the same time and also sports.

I love Believe, NBC definitely should keep it. If they need to axe something, they should get rid of Crisis, that is stupid.

If they cancel it I hope they at least give it closure like they did with Zero Hour. The was the best series cancelation ever. More shows need to take a lesson from Zero Hour and give the viewers closure when you cancel these in depth shows. And yeah of course you are going to see a drop in number on a Sunday night there is already a ton of well established shows.

This is too much like Firestarter. The show should lose the hunted theme, as well as the sticky, sentimental claptrap. The show should stay with the psychic powers, be more supernatural or super powered.

I don’t watch any shows on this channel because they cancel shows on a whim. if I watch tv shows its on amc and channels like that. they don’t just cancels shows because they had a bad morning.

this show is an absolute mess…cancel

Love this program. I love all the interpersonal dynamics as well as the special powers of the girl. I think Ressuraction P.R. has t given this show a chance. Change the time slot if necessary.

I like the show. I hope they keep it.

Fox had a show very similar to this called Touch. About a boy who wouldn’t talk but communicated through numbers and every week the numbers corresponded to helping someone else. This one well is a girl with superpowers and well I guess this would the “I’m not a math genius edition”. I agree With Linda Hayes, the whole week after week being chased theme is so OVER as am I with it.

I like this show, and think it has a lot of potential for some good story lines…I don’t know if I would continue watching if each show is them on the run with the “bad guys” chasing them and the close calls…That has become tiresome already…Like the premise, like the cast, the little girl is adorable and a good actress for a little child…
More substance in the story lines less cat and mouse…