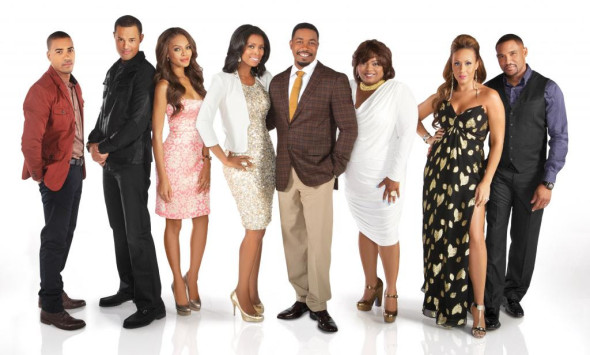 Some bittersweet news for fans of For Better or Worse. Today, OWN announced the TV series has been renewed for a sixth and final season.

The sixth and final season of For Better or Worse will air on Saturdays on OWN. It debuts on June 10th at 9 p.m. ET/PT.

What do you think? Do you watch For Better or Worse? Are you sad it’s ending?

Please re-consider; don’t cancel the show. I love everything that Tyler does.
Mr. Perry is a genius and that For Better or Worse is excellent! Again;Please don’t cancel!!!!!!!!!!!!!!!

Please don’t take for better or worse off. life is already sad enough. You find a sitom that you really like and it makes you laugh then it gets canceled. Please see what you can do about keeping it on cause I really enjoy watching it. Thanks Tyler Perry this is one of your best shows

I hate that your taking for better are worse off . Life is sad but atleast when you turned this sitcom on it made you laugh. Something you don’t get to alot of anymore I’m really going to miss it so please reconsider

Mr. Tyler Perry, I am a very Big Fan of all your TV shows. But I am very very sad that ( For Better or For Worse ) will be ending this season. What is going on? We Love all the characters in the the show and will truely miss them all. I am really sorry to because you are ending the show with a new twists on the marriage of Anegla & Marcus. I really wish I could see how that played along. Anyway my Great Granddaughter Ariana 71/2 yrs old, will truly miss the Show. We also are… Read more »

I am saddened that this series is ending. I love all the people in it and wonder where they will go from here. I’m sure Tyler will add them in other series, but they all play their characters the best and I will miss it. It’s one of my most loved program.

I will definitely miss “For better or Worse”. I’m a faithful viewer. I’m really saddened to hear this!

I hate to see the show go. It is the most realistic show he writes. The other shows are night time soap opera. Keep For Better or Worse.

I really enjoy For Better or Worse. I don’t want to see it cancelled. I’ll miss it. I know audiences don’t have much say in these matters, but I sure hope it will come back from popular demand. (Or for any reason at all-I’ll take it!)

I really hate that this showing will be going off for good. It truly shows reflections, the good the bad and the ugly of marriages but there are so many things that can even be taught for this sitcom. I wish it didn’t have to end so soon. Why? So not fair.

OWN is my favorite channel, I really enjoy watching all of TP shows. For better or Worse is my favorite. As a christian woman I’m very selective of what I view on TV. I pray that the network will reconsider not to cancel this show. I work long hours Monday thru Fri 7 am to 7 pm, so when I’m home on weekends I look forward to watching “For Better or Worse.” It’s decent, hilarious, plot driven, mystical, creative, dramatic, insightful, and very realistic. You know every character is someone we have known or have relate dealt with on a… Read more »

Please don’t cancelled those shows! I love watching each one of them! Please reconsider your decision!

I was shock to hear that for better or worse was going off why,why,why