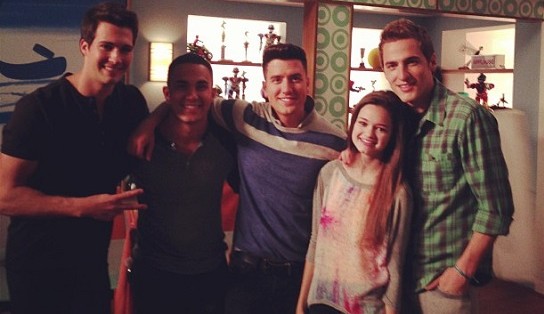 It looks like it’s the end of the road for Big Time Rush on Nickelodeon. The fourth season, which is currently airing on Thursday nights at 8pm, will be the show’s last.

The cast and crew are filming the final episodes this month and one of the show’s stars has been posting about saying goodbye. Carlos Pena posted the Instagram picture above and wrote, “Just filmed the last scene in the crib.. FOREVER!!”

He also posted the photo of the house below, writing “Good bye crib. Thank you for 4 amazing years!!” 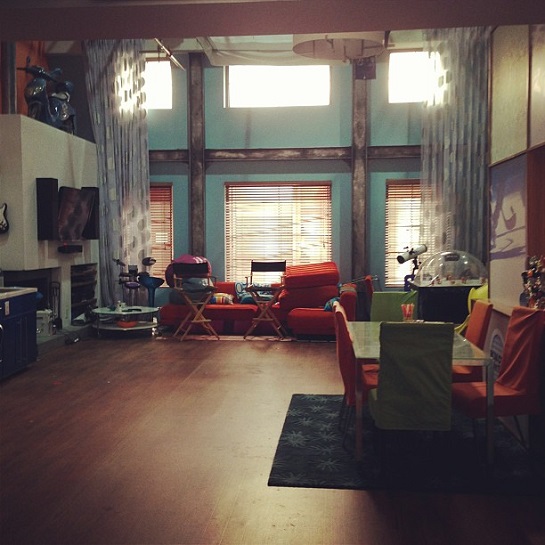 It’s not clear when the last episode will air just yet. Nickelodeon ordered 13 episodes for season four. Right now, the last scheduled episode is the fifth one which will run on May 30th.

What do you think? Are you sorry to hear that Big Time Rush is ending?

#btrcomeback!!!!!!!!!!!! I am so sad that it’s ended I still listen to there songs and I will be a rusher forever PLEASE COME BACK THERE HAS FOT TO BE SOMETHING WE CAN DO! MALE MORE SONGS PLZ!!!!!!!!

Actually you can watch BTR still because on demand it shows the episodes and it works because I tried it and it worked that’s all but if you don’t have demand *scratched back of head* you can’t watch it since you have to watch the one that still shows but funny story you can’t but if you do have demand get it while you can and I can see my fav character Katie again and the idiots sorry but I have a habit of cussing and swearing so yea.

oh and big time rush was mine and my older brother show also we loved it and i miss watching it. it is so sad to hear it is going away but they do need to have a brake because they have to go on world tours and all that crap for singers

They have not broken up……they are just on a break….#bigtimereunion is coming soon I think

actully it is nearly 2 years and they have uploaded new songs and i dont think they will carry on but i know how you feel now i wish they didnt stop it also i miss watching my favroute character which is carlos because he is the funnest but out of all of them they are funny and the show always brightens up my day when im sad so it was a somehow key to my happiness but i do love the new shows to but nothing cant replace what i felt for big time rush.

So tired of seeing the good show taken off and crap shows coming on its getting to where there will just be trash on TV. Then we won’t be watching cable.

I don’t think they should end it if they wanted to keep going n I love this show. And I don’t want it to end

but sadly it did *sighs sadly*

sad my family and i really enjoyed the show, bring them back

….so what if someone ales likes it(makes up on the frist one)

omfg this is so storbed i love BIG TIME RUSH more then anything. haters are going to be haters but if u did not like it do something ales so if someone ales likes its