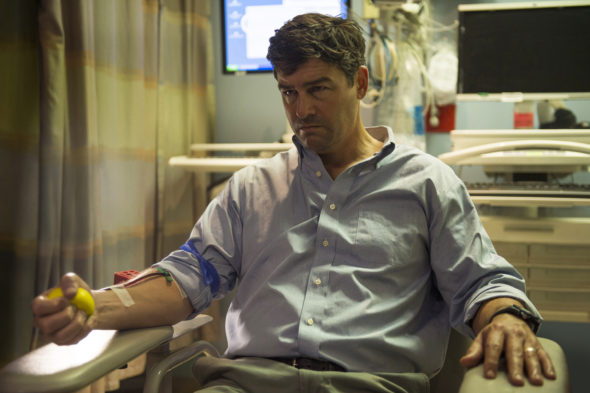 It’s the return of the Rayburns. Watch the official Bloodline season three trailer from Netflix. Although the streaming serviced renewed its Bloodline TV show for a third season, back in July of 2016, by September, we learned while a fourth season was originally in the cards, those plans were cancelled, and season three will be the final installment.

Watch the trailer and check out this Netflix press release.

And the Bad “Blood” Continues… Netflix Debuts Trailer for Final Season of Bloodline, Launching May 26th

The secrets, the lies, the guilt, the coverups… it’s all led to this.

Get a first look at the Rayburns’ final journey HERE in the trailer for the acclaimed drama’s third and final season.

For more on Bloodline — launching Friday, May 26, everywhere Netflix is available — visit netflix.com/bloodline.

The Emmy-, Golden Globe- and WGA Award-nominated dramatic thriller explores the demons lurking beneath the surface of a contemporary American family. In Bloodline, the Rayburns are hard-working pillars of their Florida Keys community, but their past contains dark secrets that they hope remain buried. Paranoia and mistrust build as lies pile up, alliances are shattered and an unthinkable crime takes place. The tight-knit family’s formerly harmonious relationship deteriorates, and good people are forced to consider doing very bad things.

Bloodline stars Emmy winner Kyle Chandler, Sissy Spacek, Ben Mendelsohn — who was named Outstanding Supporting Actor in a Drama Series for Bloodline in 2016 — Linda Cardellini and Norbert Leo Butz. It was created and is executive-produced by Emmy- and Golden Globe-nominated writers/executive producers Todd A. Kessler, Daniel Zelman, Glenn Kessler. The series is produced by Sony Pictures Television for Netflix.

What do you think? Do you plan to watch the third and final season of the Bloodline TV series? Do you think Netflix should have cancelled or renewed it for season four?

Please renew it. The best series I have seen in such a long time.

Yes definitely I really will miss the actors the all put in such solid performances. Not many nail biters like this one.

I love the show! Just grateful that they’re going to wrap it up and not leave it hanging.