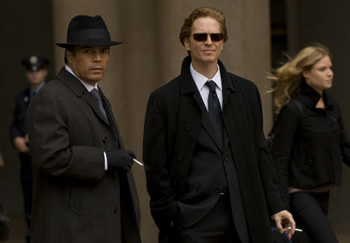 I love Caprica it was just a slow start and like any company starting it takes time to start up and explain details. It is like firing a watress within the first two hours and not even train her to do her job. IT IS PLAN OUT RIGHT MORALLY WRONG.

I have been waiting for the second season of Caprica to come on to Itunes now for ages and decided to go onto the web to find out whats going on. Disappointment is all I have found and from the above comments I see I am not the only one. Living in Hong Kong and working in China I don’t get to watch that much aired TV and so download everything. I introduced them to Caprica watching it on my laptop with them during our lunch breaks, they couldn’t get enough of this great series. I guess having the largest… Read more »