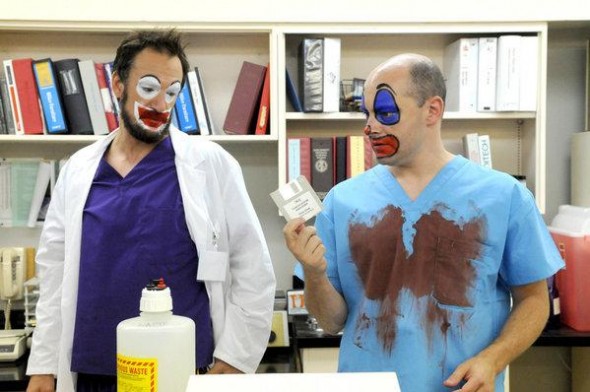 Adult Swim has ordered a seventh season of their irreverent comedy series, Childrens Hospital . The sixth season is currently airing on Friday nights.

Childrens Hospital explores the emotional struggles and sexual politics of a group of doctors charged with healthy libidos. Their dedication to their personal lives is relentless, interrupted only by the occasional need to treat sick children. The show’s creative team is led by Corddry and fellow executive producers/writers Jonathan Stern (Burning Love, NTSF:SD:SUV::) and David Wain (Role Models, Wet Hot American Summer).

“I’m happy,” said Corddry. “After our season six cliff hanger, people will be dying for us to turn our backs on the notion of series continuity even more.”

Warner Bros. Television (WBTV) is one of the entertainment industry’s most respected providers of original content, producing award-winning drama and comedy series for both broadcast network television and cable. WBTV is currently producing and distributing more than 30 primetime series, with multiple programs on each of the five broadcast networks, in addition to cable’s TNT, Adult Swim, HBO and Showtime.

What do you think? Do you like this Adult Swim series?

This network is not on my ‘basic’ cable. And even if it was, this does not sound like a show worth watching. The masses will watch paint dry, aka reality shows. I require more than that.

chuck165
Reply to  Why Watch

It’s well worth your time-hilarious stuff