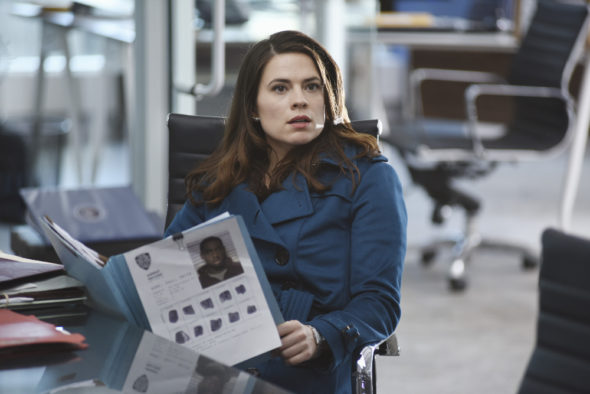 As we reported earlier, ABC has decided not to order more episodes of the freshman series. And while the network has not officially cancelled the show, its low ratings suggest a season two is unlikely. Nevertheless, Dungey says the season one finale will be open-ended.

In an interview with TVGuide.com, Conviction‘s Merrin Dungey, who plays Conviction Integrity Unit investigator Maxine Bohen, confirmed that there are no plans to do more than the initial 13 episodes, but the finale will be open-ended.

Dungey says that while ABC likes the show, the network’s programming slate is just very crowded right now. Fans shouldn’t worry about not seeing all the Conviction possible. “We were ordered for 13 and we’re going to do the full 13,” she says.”

What do you think? Are you watching Conviction? Do you want a second season?

It’s a shame they are canceling a good show with good acting, good writing, and overall good entertainment.