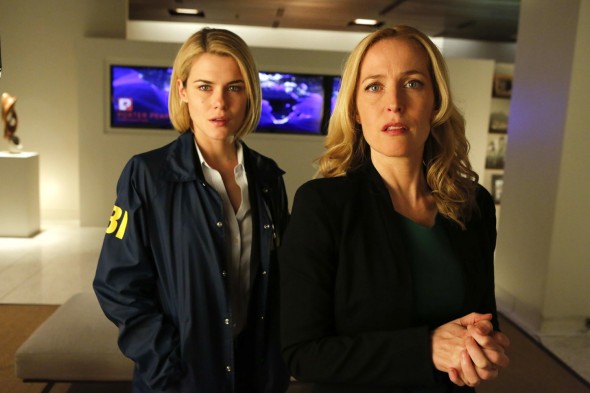 Why do they cancel good shows?! NBC you are way out on left field.

I love this show! Was very shocked to hear they cancelled it I think they better rethink this one!

Is this some kind of sick joke? Here I was innocently searching for the next show date & time and come across this article saying it’s been canceled. This show is great. It’s become a favorite. I’ll be totally ticked off if they don’t air the remaining episodes giving the writers a chance to end it with some dignity at the very least. If NBC doesn’t, I’ll be giving it second thought to begin watching anything new by them. If something NBC starts that looks good, I’ll let the season play out as to be sure they finish it. Can… Read more »

A lot of people don’t watch TV as they used to – DVR a show to watch later, so rating don’t mean much these days. I thought this show was pretty good and a welcome relief from most of the dross on. Too bad NBC.

enjoyed this hour of tv. again they remove an intelligent 60 minutes to what , give us another reality show.

A most enjoyable drama. Why don’t you replace it with another shallow mentality reality show?

Please bring back Crisis for season 2 NBC! I was looking forward to seeing how it would end. It’s a good show that deserves a 2nd chance.

so sorry to see this show get canceled….I love all the twists & turns…….and would love to know how it ends…………..just like hostages………….it seems to be if a drama is too involved – too touchy of a subject (terrorist , hostages etc ) it gets canceled…….its great entertainment for our brains to get involved in shows like these………….much better than waste them on ALL those stupid reality shows………….I will miss this show 🙁

This makes me sick , really liked the Plot and loved the Cast .. Just another reason , that adds to my distsin for N.b.c. !!!! I will not watch any more shows on that network , till they have been renewed for a 2nd-Season ……

We love the show look forward to it every week Hate to see it cancelled they need to give the shows a chance.

I watched this show, even though I didn’t really like it, mostly out of curiosity. I just needed to know where it was going, and what the protagonist’s real motives were. I don’t want a second season, but by God, NBC owes me a resolution! If they just end it hear, I’m really going to be pissed! And unlikely to watch new shows in the future.

i love the show. wish you would have given it more time to develop.

Wow, shocked they cancelled this shoe. Or at least allow it to finish the current crisis with closure. Loved this show – the first episode had me hooked!

Will continue to wonder why networks think we will bother getting invested in a new show… What’s the point? The good thing is pretty soon I’m going to not have to pay for cable or satellite soon because again, what’s the point?

90% of the acting really is… awful… but once we got wrapped up in it, we need to know how it ends.