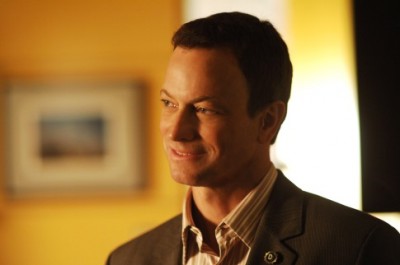 We are happy to hear CSI New York will be coming back. We never missed it. We would
also, enjoy seeing CSI Miami. I agree with someone above. Get rid of some of those
realty shows!

This is the greatest show ever. I am glad that it will be coming back, although I don’t think that Fri night is the best time to be showing the good shows. I see that Hawaii Five-O has been put in on Fridays…now lets watch those ratings drop due to those interested in watching it are unavailable that night. Let’s get rid of some of those ridiculous Reality Shows and put them on nights when nobody’s around to watch. CSI shows are about the only thing to watch that has any interest these days, and to take it off the… Read more »

This is an old post. The show was cancelled in May.

I’m happy to hear it’s coming back. I like it better than any of the other CSIs because the cast works so well together and the story lines are good easy to follow and keeps my interest. Whatever night it’s on I’ll be watching. If I can’t be home I’ll set my DVD recorder.

This is an old post. It’s been cancelled. Sorry!

So glad this show is coming back on. Love it . Love it. My favorite show on tv.

Sorry, this is an older post. The show was cancelled in May.

I am so excited to hear CSI New York will be returning 2013. I missed it so much last season hopefully it will stay on.

So glad this is coming back. Love the cast, love the show. I never ever miss it. Thanks CBS!!!!!

Husband and I really enjoy CSI New York. It is quality tv. Thank goodness. We were quite displeased to hear it had been cancelled initially.

Now I am happy….love love love Christina with Mac…wanting to see the wedding and the possiblity of Mac having a baby boy…..Mac’s closure with his deceased wife was done so well and was a correct example of how we walk through grief and find our closure. The writing is amazing…thank you for renewing this fine drama.

I am glad that CSI NY has returned to TV, I do miss Melina Kanakaredes, besides Gary Sinise I thought she was one of the actors who make the show a hit. They did replace her with another awesome actress! I am glad that the show will be returning to TV

I am glad that CSI NY will be returning, I do miss Melinda Kanalkaredes, but I am please with the actress who took her place. I am a CSI fan although but the original CSI show cast has changed and is not what it used to be and it is getting a little crude. All these changes takes away from the show. It is also getting to be a little too curde the show comes on when families are watching TV so it needs to be a little less crude or a little more suttle in some of seans. I… Read more »

omg please leave this show on. I was so upset when you took csi Miami away. You keep taking away these wonderful shows for new shows that are horrible. Like ELEMENTARY AND VEGAS. GOLDEN BOY THEY ALL SUCK. LEAVE OUR SHOWS ON THAT WE HAVE LEARNED AND LOVED THE CHARACTERS. BRING BACK CSI MIAMI

I am so relieved that CSI: New York has been renewed. Although I was a late appreciator of the series, I am a true, die hard lover of the show. The openings captivate me and I enjoy the story development. The cast seem genuinely into their characters. Gary Sinese does a great job as the leader, without the arrogance of a late CSI boss. I just hope viewers will stay with the series for a few more seasons which will, of course, produce even more good franchise viewing.