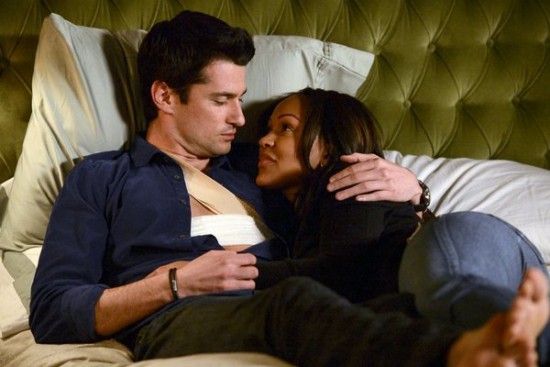 I’m so upset I loved this show. I tuned in every Monday. Sad to see it go

I hate that the show is cancelled I was checking every week to see what was going to happen. I don’t think NBC gave the show a chance. Why not try it in a different day/time rather than just cancel it so quickly. The show has a wonderful premise and enough of a story arc to last through all the episodes, and don’t get me started on the wonderful cast. I hate that the writers won’t have the opportunity to bring closeure to all the story questions. I’m just sure that another station wouldn’t have given up on DECEPTION so… Read more »

I am disappointed in NBC decided to cancell this great show. Great storylines and actors. This is how NBC deals and I am happy that I watch ABC shows at least they have the vision on a great show DECEPTION.

I am very disappointed “Deception” is proposed to be cancelled. This is actually the first show I’ve been watching to have conversation with my coworkers at lunch and every one has an idea of who did what.
The actors are great! NBC should “not” cancel this show……….

I am soooo disappointed the show got cancelled. I thought it was great! They also left us hanging with no ending.

I’m very disappointed that this show has been canceled. I enjoyed the story plot & characters. It would have been nice to have had a closing episode instead of leaving everyone hanging.

NBC will never learn. Their ratings probably couldn’t get worse except a couple of their shows. Idiots.

well Victor Garber seems to be the kiss of death for any show, anything he is in doesn’t last. It’s a shame too, because I liked the show, even with him in it.

Are you including Alias?

It didn’t appeal to me at all, even before it started. Mainly because it was another show that has that one big plot that overlaps into every episode instead of each episode being about something else.

I liked the show, they never give anything a chance. I DVR all my shows.

I am really disappointed about cancelling this show. It seems that some of the best shows don’t make it past first season. The most annoying thing is the network never has a closing episode to finish the storyline.

This just in, Modern Family is renewed.

It’s ok they canceled it. I stopped watching it was repetitive. Same script each week it seemed to me.

I love this show i think it stinks them taken it off they don’t even give them a chance it stinks .