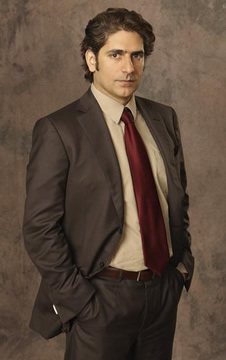 ABC has unveiled yet another cop series, Detroit 1-8-7. This one stars Michael Imperioli who, as you may recall, co-starred on ABC’s Life on Mars a couple seasons ago. That one was cancelled after 17 episodes. Will his new show last any longer?

In its premiere, the series attracted a lackluster 2.3 rating in the 18-49 demographic and 9.342 million total viewers. For the timeslot, it was in third (last) place for the all-important demo and in second place for total viewers (beating Parenthood).

The series premiere lost nearly half of its lead-in audience from Dancing with the Stars. Not good.

On top of that, Detroit 1-8-7 continued to lose viewers as the hour progressed. That’s a pretty good indicator that those viewers won’t be back next week.

Detroit 1-8-7 will likely lose viewers in week two, as most shows do. It won’t have to lose many to be in serious trouble.

But, what do you think? Is Detroit 1-8-7 worth watching? Will you make a point to tune in or should it be cancelled already?

I loved this show. Detroit is at the center of blue collar America. A great show – please bring it back!

I really enjoy the character on the show. It’s a great show. Please keep it on for another season.

I love Detroit 1 8 7, it is one show i really look forward to watching each week. I sure hope it doesn’t get cancelled