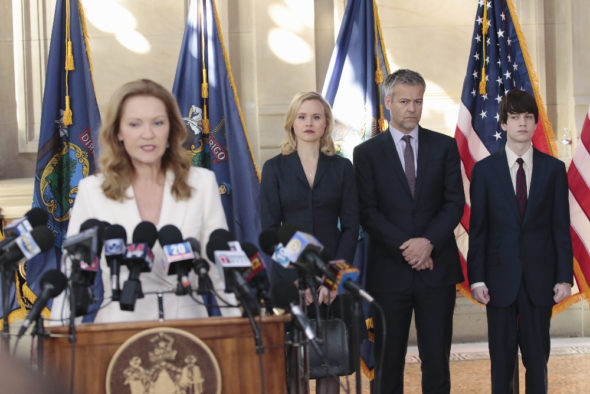 I thought this was the best thing I had seen on TV in a long time! Very disappointed about the cancellation! Please somebody, pick it up! Netflix?!

I can’t believe such a good show has been cancelled, especially after ending Season 1 with so many loose ends. Do the networks care at all about what people like & want or is it just about the almighty dollar? There are so many stupid & boring shows in the line-ups – The Family is an intelligent show with top-notch, big talent – I’m hoping Netflix picks this up as they have done with a few other good shows the networks cancelled. That’;s why 95% of my TV watching is netflix – good shows that people want to see, plus… Read more »

I loved this show. You MUST bring it back.

I love this show. You MUST bring it back! One of the few new shows I actually wanted to watch.

I never missed the show! It was one of the BEST new TV serials last year! PLEASE bring it back!!!!!

I Love “The Family” Please don’t cancel it! I am so looking forward to season 2

I LOVED this show. It had great plots, and a lot of suspense. PLEASE bring #2 in. I want to continue this series.

I love this show…it was such an “on the edge of my seat” show. Please don’t cancel it!!

They always do **** like that ,the people finally get something good to watch then they turn around and cancel the **** the family is a great show and i was counting on season2 please keep it going dont do us like that

Please DONT CANCEL!! I would follow this show to the moon

Please do not cancel “The Family” it is brilliant & want to see more & what happens. Thanks.