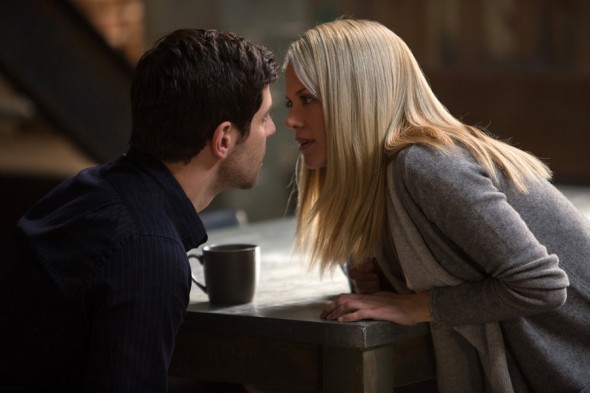 NBC is not grim about Grimm. While it hasn’t yet decided whether to cancel the Grimm TV series after season five or renew it for a season six, NBC’s Entertainment Chair, Robert Greenblatt, sounds more positive than negative about the fate of this fantasy police procedural drama.

From OregonLive.com (emphasis ours):

Will “Grimm” be renewed?: The ratings have been down so far in Season 5. When I asked NBC Entertainment Chairman Robert Greenblatt about the show’s future at the recent Television Critics Association Winter 2016 Press Tour, Greenblatt said, “We like ‘Grimm.’ It hasn’t been renewed yet, but it’s a show we love, and it’s actually a big international success for our company.” Greenblatt added, “I think ‘Grimm’ isn’t going anywhere. Which is a hedging sort of statement. We haven’t decided. But we like ‘Grimm.'”

Airing on Fridays, which is traditionally a low viewership night, especially for the advertiser-prized younger segment of viewers, “Grimm” picks up viewers via delayed viewing, Greenblatt said.

“I think the numbers have gone down a little bit because of that,” he said. “But there are some really great ideas for future shows. ‘Grimm”s OK.”

But as Greenblatt said, that’s not a confirmation of renewal, so we’ll have to wait and see.

Are you a fan of the Grimm TV show? Do you plan to tune in for the season 5B premiere on NBC? Do you think Grimm should be cancelled after the fifth season or renewed for a sixth season? Make your voice heard, below.

I hope eevryone that loves this show has gone and signed this petition. If NBC doesnt see a future for this show then maybe someone else will.
https://www.change.org/p/netflix-have-netflix-pick-up-the-show-grimm-after-season-6

I love this show ,, I even watch the reuns over and over,its the best imaginative show that’s own, I been waiting please don’t cancell! It’s got a great cast and love the story line fantastic guys ah come on,its being watched.! I just feel in love with its very unusable show,,like a modern day fairy tale! I,m going to Portland Oregon for a vacation just from watching it,,,,got to have more seasons, just got to,, great location for the story so cool. ,,its better than Beast,I watch 2 shows of it and dropped it,,,geazz it was an horrible write,and… Read more »

The Grimm Show, we never missed seeing it.. My husband & I Like all The Characters . Give them another season.. (one more chance) Lots of different kinds of Drama , Many people look forward to watching, its something different.. Its mysterious, has love and much more. Thank you for letting every say how we all feel..

BRENDAPlease don’t take off ‘the Grimm.Show. This is ! Show we never forget to wait, And We Love The Character’s. Thank you for Listening..
BRENDA KRAFT

What are you thinking about? Just because the executives aren’t crazy about that show doesn’t mean anything to me. I’ve loved the show from the beginning and have watched every program. It’s filled with suspense, drama, love and compassion. It actually deals with acceptance of each other no matter how different we are. Tolerance, patience and love are an issue on the show and maybe something that the executives don’t realize about the show or even in their own lives.

My wife and I are big time fans of Grimm. We own the whole series on disc and love having Grimm marathon sessions from the first episode to the last of season 5. Please keep things going. We love the cast and characters.