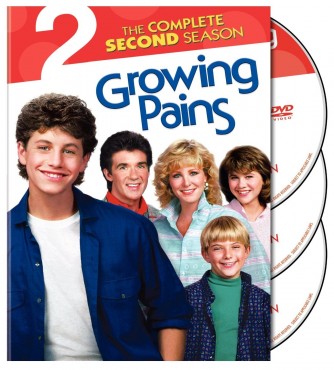 I am also keeping my fingers crossed. It would be awesome to win this.

used to watch the show all the time

Hello! I loved the first few seasons of this show. Please enter me, and thanks for your consideration!

P.S. I love the FB posts and your site.

This is one of my favorite series of all time. This dvd set has some of the series most famous episodes. I am keeping my fingers crossed.

Love this show,brings back memory!!!

Who didn’t want to be Mike Seaver? I would love the DVD set!

Love Growing Pains! I remember having such a huge crush on KC. I had a poster of him; purple background and he was wearing a brown leather jacket. 🙂

Finally a season 2 release! Please enter me in the drawing. : )

I love Growing pains! I grew up on the show and would adore this dvd!