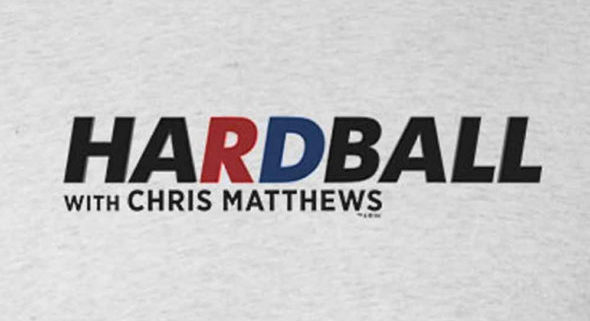 Hardball is no more! Chris Matthews shocked fans on Monday night by announcing he was retiring from the MSNBC series. He was appearing on his last series.

Per TV Guide, he said the following in his nearly two minute speech at the start of the broadcast:

“Let me start with my headline tonight: I’m retiring. This is the last on MSNBC, and obviously this isn’t for lack of interest in politics. As you can tell I’ve loved every minute of my 20 years as host of Hardball. Every morning I read the papers and I’m gung-ho to get to work. Not many people have had this privilege. I love working with my producers and the discussions we have over how to report the news. And I love having this connection with you, the good people who watch. I’ve learned who you are, bumping into you on the sidewalk right waiting in an airport and saying hello, you’re like me, I heard from your kids and grandchildren who say my dad loves you, or my grandmother loves you or my husband watched until the end.

After conversations with MSNBC, I’ve decided tonight will be my last Hardball. Let me tell you why: The younger generations out there are ready to take the reins. We see them in politics, in media, in fighting for their causes. They are improving the workplace, we’re talking here about better standards than we grew up with, fair standards.”

He continued on with more, including an apology. See video of his announcement below.

What do you think? Are you shocked by this announcement? Are you a fan of Hardball?

Chris Matthews announces he’s retiring and tonight will be his last show pic.twitter.com/ddYUMmdpzU

I loved watching his show and I think he was respectable, sometimes I didn’t agree with him but no one is perfect. I will miss his show.

A very strange exit. He was certainly correctly rebuked for his consistent attack of Bernie Sanders but from his closing remarks it seems that some accusation of inappropriate behaviour was the real reason for his canning. When reading about just what it was, I found it to be rather pathetic and sadly, all too common in a me 2 world, where to even look at some women results in unfair accusations.

Been watching CHRIS MATTHEWS for a couple of decades. Watched with my Dad, watched with baby daughter Tina, watched with son Will thru Obama campaign. Watched lasy 5-years alone. Was wondering when he was retiring. Always enjoyed hid enthusium.

I have enjoyed NBC for my lifetime of 90 years. the departure of Chris Matthews was rude and insulting to him. The American culture has changed drastically in my lifetime and often not for the better. I’m sorry the bosses don’t have the courage to say what terrible mistake he made. NBC has disappointed me

Every generation should be represented on msnbc especially because of the respected long leadership of nbc. Youth is fine but we older people vote. I am sorry for the loss of Chris Matthews and obviously his abrupt departure was rude and insulting to him.

I am deeply saddened that Chris has retired and suddenly. Our whole family watched him and enjoyed his broadcasts. Best wishes Chris!