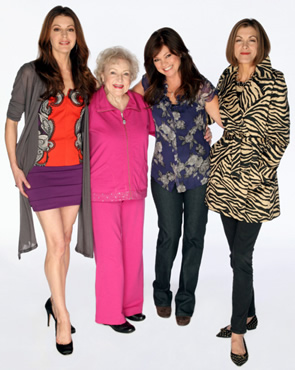 I love this show. Its such a smart show. I hope that they do not cancel this show.

The show is a laugh all the time. I would hope it would stay on cor a few more seasons. We don’t need more death drama and violence. This show is reality. It’s what we all enjoy. Keep it on the air

I love this show. It is the funniest show you have on this network and you are dropping it!! Please keep these wonderful cast of actress around!!!!

Cancel Hot in Cleveland? Cancel Betty White? You’ve got to be kidding. I love that show.

WHAT is wrong with you people? Who in their right mind would cancel such a fabulous show? My God! With so much negative happening in the world, and undoubtedly in the lives of many, you want to cancel a brilliantly executed 1/2 hr of laughter/distraction/joy !
Shame, shame, shame. It’s not the show that needs to be cancelled, I’ll tell you that.

I love this show! Why would anyone want to cancel it?

I can’t believe the show is cancelled.
There are very few comedy shows that are really funny, and a great addition are the guest stars that are on. Many of the oldies but goodies from the shows we grew up loving.
DON’T DO IT.

No… Not the Ladies too. I so look forward to this wonderful, witty show to entertain me. Come on TV Land, you got a winner… just go with it!!

I just found this show and truly LOVE it!!! Please do not cancel this show. It is one of the better ones out there and one I WANT to watch.

I love this show. I wish it would continue. Yes, it could continue without Betty White, but itis even better with her.

If Betty White still feels like doing the show, it should be renewed for a seventh season. I love that show.

[…] Land’s Hot in Cleveland has been a big ratings success for the cable channel. Will that trend continue or could the sitcom […]

[…] show description: A spin-off of Hot in Cleveland, this sitcom revolves around Boyce “The Voice” Ballentine (Cedric the Entertainer). He […]

What night is this show on and which channel or network can I find it? How long is it going to run?

@belva meanor: It’s on hiatus and will be back for season two in January 2011.