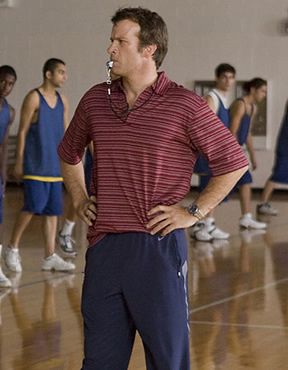 HBO has announced that their comedy/drama, Hung, will be back for a third season.

The show’s ratings haven’t been great and have dropped a bit in season two but HBO wants to keep it going nonetheless.

For season three, HBO has once again ordered 10 episodes. A schedule hasn’t been announced yet but the last two seasons have run during the summer months. Season two is scheduled to finish airing on September 12th.

What do you think? Is Hung worth watching? Are you glad to hear that it’s coming back for season three?

I just got to watch this. Didn’t even know about it when it was on. I wonder how many other people didn’t either. Bring it back.

I love Hung. The writers show a lot of great wit in coming up with unique plotlines that while taking me outside the boundaries are completely believable. Pleas, HBO, keep Hung alive. I love the show. I record it, and I watch it over. I love the characters, the storylines, and the whole thing. Keep Hung waving strong!

We love Hung. Please bring it back for another season. A lot of good shows on HBO don’t get picked up. Not sure why, we love ( most of my friends love HBO originals) all shows on HB O. Thinking about canceling HBO because you get us hooked then you cancel the show. Not worth paying for if you don”t take into consideration that we pay to watch!!!!!!