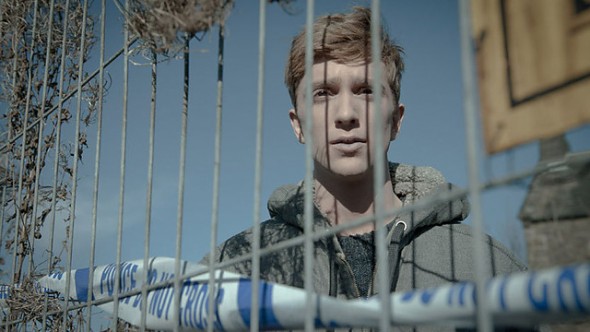 There won’t be a third season of =In the Flesh. The drama, which aired on BBC America here in the States, has been cancelled after two seasons and just nine episodes. The last episode aired in June 2014.

The reason for the cancellation? Economics. Here’s the official statement from BBC Three in the UK:

BBC Three is very proud of the two award-winning series of In the Flesh. However, given there is only budget for one original drama series a year on the channel it won’t be returning.

We loved the show but have to make hard choices to bring new shows through and create room for emerging talent. Huge thanks to the BAFTA award-winning writer Dominic Mitchell and the superb cast.

Mitchell responded to the news on Twitter and wrote, “Sad news today. I’d like to thank the BBC, the incredible cast & crew and the amazing fans for making & supporting #InTheFlesh”

What do you think? Did you like In the Flesh? Do you think it should have been cancelled or renewed for a third season?

I also thought in the flesh was great series needs proper ending please bring back in another season or mini series or movie to end the show proper.

BRING IT BACK ! This show IN THE FLESH WAS AMAZINGLY !!!!!

I’m from Melbourne in Australia. Its so sad and disappointing there’s no season 3. Another great series cut down on its prime. With such brilliant writing, a brilliant cast …. just brilliant everything … I cant believe it.
And like everyone’s been saying …. so many unanswered questions here…. its really not a cool way to end it all. With a bit o’ luck we’ll get a movie to wrap things up a bit better. Fingers and toes crossed for something if not a renewal. Pretty Please! Give us something!!

Please, please, please Netflix pick up this show!!!! It was so well written and the storyline just drew you in. So what is to happen to Kieran and the rest? Are they becoming back alive, nooooo there is no closure and there is so much story left to be told!!!!

I am so angry!!!! TV people don’t know what they are doing all GREAT TV shows have been canceled prematurely aka firefly family guy idk many more maybe they should make a movie and end it right!!!!!

¡Come on! ¡We can do it! change.org/p/bbc-three-give-in-the-flesh-a-third-season

Im from Glasgow and also was searching for any updates regarding season 3, so terrible!! We need answers after that cliff hanger! plus while i understand new shows and new talent is awaiting, current projects should be completed first, that is like you reading novel with the last 3 chapters being blank pages! Too many questions left unanswered in this case.

Hope something happens and they will let us see the end of the story, especially about Amy !

PLEASE HAVE ANOTHER SEASON. THE ENDING IN SEASON 2 IS NOT COMPLETE!!

Im in Canada!…very surprised that this show will not be returning 🙁 come on!

Absolutely shattered to find out there is no season 3 of this show which my hubby & I had thoroughly enjoyed! The finale of season 2 left us on tenterhooks as to what was going to happen next & so I googled to see when the next season was starting, only to discover it had been cancelled!!! Sooooo disappointing!!!

I’m a fan from San Diego, California. I really love this show and would really like some closure on what happens to Amy. It’s cruel to have love find her and life restored only to kill her again. And who was really and truly the first risen, and will all the undead come back to heart pumping able to eat real food life. Maybe these questions can be answered in a Netflix, HBO or showtime movie.

I really loved this show I wish it would’ve been brought back for a third season, but I understand why it wasn’t. 🙁

I did enjoy the show. I felt the writing, storyline, and acting was all phenomenal. I wish they would have cancelled the other show instead of In The Flesh (unless its Copper we are talking about here). I wanted to know what they had planned for Amy the first zombie to convert back to human only to be killed and dug back up in a shady, confusing, waiting for the answer kind of way. I wish Atlantis would have made it too but thats the life of a new show it’s always hit or miss, Ratings and a funding game.… Read more »

PLEASE PLEASE PLEASE
BRING IT BACK
I BEG YOU
YOU’RE RUINING MY LIFE BY CANCELING IT
PLEASEEEEEEEE :((((((