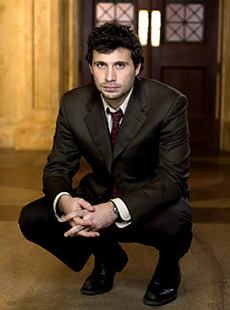 The story of Law & Order’s cancellation is becoming more complicated than a long, drawn out lawsuit.

It’s been presumed since January that NBC would pick up Law & Order for a 21st season. NBC’s President of Primetime Entertainment, Angela Bromstad, said I’m a Law & Order junkie… I wouldn’t want to be responsible for not having Law & Order break the [Gunsmoke] record.” Surprisingly, that didn’t happen because the network and studio couldn’t work out an acceptable financial deal with producer Dick Wolf.

TNT has expressed interest in taking over first-run episodes in the past and many thought this was a golden opportunity to do that. Not so. A statement from TNT said that the cable channel wasn’t in talks to pick up the series. Soonafter, NBC announced that the show was indeed cancelled.

Wolf subsequently said that he was still looking for other buyers. Variety reported that NBC execs had scheduled meetings with TNT to take another look at them taking on the show. The accountants were apparently looking at different ways to configure a financial deal that would make sense for both sides. NBC stopped referring to last Monday’s episode as the series finale and started calling it “the finale.”

Now, TNT has released a new statement with a familiar story. According to the LA Times, Turner Broadcasting execs said, “We are not in current talks, and we are not interested in a Season 21.”

It’s not clear if they still aren’t interested and the Variety report about meetings was incorrect or, if they weren’t interested, passed on the new NBC proposal and are, once again, not interested. Either way, the result is still the same. No season 21 of Law & Order on TNT.

Wolf could still be working on finding another home for the venerable cop drama but, because of their rerun licensing agreement, Turner would have to approve any new deal.

As before, if a new home for the series can’t be found, NBC has said they plan to film some sort of wrap up to give closure to the 20 year old TV show.

What do you think? Confused? Do you think this is all just public posturing and the show could still end up with TNT, NBC, or someplace else?

Law and Order the best police show on tv.Why punish us with this Mentalist crap every day.We are losing the Closer thats bad enough.Bring back Law and Order.

Well it goes to show it wasn’t just posturing. No Law and Order Season 21.

Why pick up Law & Order L.A. if they didn’t finish the series that started it all. I refuse to watch any more Law and Order Series let alone anything else produce by Dick Wolf. Why when he will only keep you in infinite suspense? (Criminal Intent, U.K., and now the original series.) Well at least we know that he isn’t the only Dick shooting blanks. LOL.