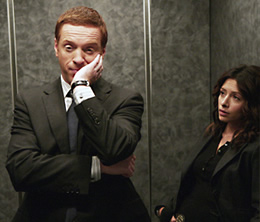 LIFE is an AWESOME and ORIGINAL show!! I just loved Charlie! I am shocked that in a world or “Reality” TV, they actually have a show (LIFE) with a genuine PLOT – and now they want to cancel it? I mean just how many SVU shows do we need? They don’t even have original plots, the majority of the episodes are from the headlines with name changes….. Is there a way to start a campain to save this show? I mean, look at Family Guy – FOX canned that show, and because of the viewers, they brought it back and… Read more »

They have canceled 18 of the 25 shows that my wife and I watch over the past two seasons. After the current few remaining show finale we are swearing off network television.

If you want unreality crap and senseless repeat and retread then they are all yours!

arghhh!! what’s up with nbc! no wonder they rank fourth. well it’s too bad because this was one show that i really enjoyed. nbc is getting annoying.

I will miss this show. The “throat punch” scene from the last episode will forever be one of my favorites from all of my years of TV viewing. My wife and I watched that scene over and over on our DVR. We still reference it whenever someone is frustrating us.

“Do you know how I survived twelve years in prison?”

Perhaps Charlie Crews should pay a visit to the programming execs at NBC and ask them the same question. And, for good measure, he could take Edward Albright (My Own Worst Enemy) along for the fun.

“Life” is one of the best shows on TV, very refreshing from all the other cop shows. hopefully another network will pick it up.

Maybe if you would leave a show on the same night and time it would help – how many times did you move Life? This really does suck – my whole family loved this show.

I think the networks rig everything…surely the viewing audience isn’t THAT stupid…or maybe they are. Great shows like Life and Pushing Daises get axed and shows like Parks and Recreation, Apprentice, CSI: Miami and New York get renewed. And exactly how many Law & Orders do we REALLY need? Hmm?

I’m depressed to say the least.

I LOVE CHARLIE!!! THIS SUCKS THA BIG INE. I HOPE ANOTHER NETWORK PICKS HIM UP!! HE’S THE “HOUSE” OF LAW ENFORCEMENT!!!

I,m totally upset that every time a good cop show come on nbc cancels. I quit watching nbc, abc any of those show anymore. Invest my time on reading and watching something that u don’t invest in.

This is one out of two shows that I put in the effort to actually sit down and watch!!! What the F$#% is wrong with these people!! Stop cancelling the good shows…who gives a S#$% about the apprentice and his ugly comb-over, why can’t they cancel that crap!!

GAH! I love this show. So annoyed it’s been cancelled 🙁

lets cancel The Unit, NCIS and Numbers and then I wont have to worry about network television at all anymore.

This is the most depressed I have been over a cancellation since Family Guy got cancelled.