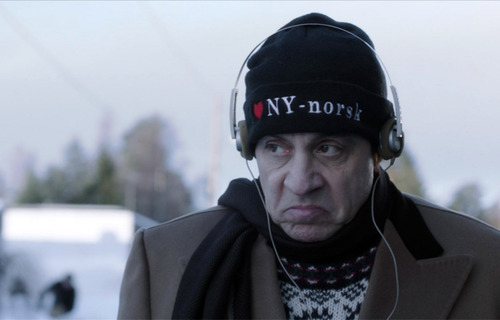 Starring Steven Van Zandt, Lilyhammer was renewed for a tird season in Norway last year. Now, Netflix has announced that they’ll be offering it here in the states.

Netflix To Bring Back Original Series “Lilyhammer” For Third Season
Comedic Drama Starring Steven Van Zandt To Return with All New Episodes in 2014
Seasons One and Two Streaming Now on Netflix
Jan 13, 2014

BEVERLY HILLS, Calif., Jan. 13, 2014 /PRNewswire/ — The Netflix original series, “Lilyhammer,” the comedic drama starring Steven Van Zandt (“The Sopranos,” E Street Band) as a mob fixer who enters the witness protection program in Lillehammer,Norway, will return exclusively to Netflix for a third season in 2014. The series’ eight episode second season debuted in December in the U.S., Canada, the U.K., Ireland,Latin America, Denmark and the Netherlands.

“We are proud to bring back Lilyhammer for a third season,” said Ted Sarandos, chief content officer at Netflix. “Lilyhammer is the type of global show that Netflix members around the world have discovered and love and season three will see that world expand even more.”

“Lilyhammer” follows former gangster Frank “The Fixer” Tagliano (Van Zandt) as he enters the federal witness protection program trading the mean streets of New York for the icy fjords of Norway, forging a new life among the locals of Lillehammer. Season two continues with Frank living under the alias of Johnny Henriksen, a successful nightclub owner and father of two. As if life couldn’t get more complicated than balancing fatherhood with running a criminal operation, everything Frank cares for is threatened when his former mob associates find out he is still alive.

“Lilyhammer” was developed by Rubicon TV AS (creator, Anne Bjørnstad & Eilif Skodvin). It was produced by Rubicon TV AS and co-produced by Netflix for NRK/Netflix in association with Red Arrow International. It is distributed by Red Arrow International. Producers include Trond Berg Nilsen and Agnete Thuland. Executive Producers include Lasse Hallberg & Steven Van Zandt.

Netflix is the world’s leading Internet television network with over 40 million members in more than 40 countries enjoying more than one billion hours of TV shows and movies per month, including original series. For one low monthly price, Netflix members can watch as much as they want, anytime, anywhere, on nearly any Internet-connected screen. Members can play, pause and resume watching, all without commercials or commitments.

What do you think? Do you watch this series on Netflix?

One of the best shows ever.. Bring us season 4!

My wife and I love this show along with all of our friends. PLEASE, PLEASE bring it back. It has to be the best series that ever was created, drama, laughs, it’s got it all. Need more wonderful seasons of this GREAT program. The actors, and the writers are fantastic, thank you.