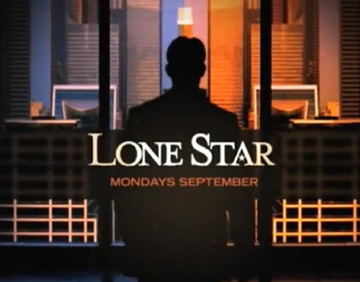 As fans of FOX’s new Lone Star series are well aware, the show’s in serious trouble. Despite the fact that James Wolk and company got lots of good reviews, that didn’t translate into many viewers.

The premiere episode averaged a meager 1.3 rating in the 18-49 demographic and just 4.1 million viewers. That put it in a distant fourth place in both categories.

FOX has decided to keep the show on the air at least until the second episode airs. A lot of new viewers have to tune in or Lone Star will surely be cancelled soon.

The TV show’s creator, Kyle Killen, is well aware of this and is hoping for “a minor miracle.” He knows that its a longshot for his series to attract enough visitors to survive but he’s not giving up yet.

You’re Invited To Our Stunning Upset

Do you like to root for the underdog? Because I’ve got an underdog of epic proportions for you. We’re talking long, long shot. Like a legless horse in the Kentucky Derby. A blind basketball team facing the 95 Bulls. If somehow Rudy and Rocky had a baby it still wouldn’t be as big an underdog as our little show… Lone Star.

You may have heard about last Monday night when several heavily sequined, dancing celebrity, conspiracy laden, bowling shirted nuclear bombs landed directly on our heads. When everyone who watched your show is a paid critic or someone you went to high school with, that’s less of a premiere than a slideshow.

But here we are. Still alive. A little groundhog peeking out of a bomb crater to see if there’s six more weeks of nuclear winter or if, perhaps, something can grow in this hole. And that’s where you come in.

For us to survive we’re going to have to pull off a minor miracle. Statistically, new shows tend to lose viewers in their second week. We’re aiming to gain them. In fact, screw it, let’s just double our audience. The good news is, our audience was so small that if my Mom AND my Dad watch it we’ll pretty much be there.

Here’s the thing: it really is a good show. Don’t take it from me, take if from these guys here and here and lots of other places. Are these all just people in ivory towers with tweed jackets and glasses of scotch who hate America? Possibly! But my Mom also loved it and she LOVES America just like you.

I’m not going to beg. I’ll mow your lawn or offer you some sort of sensual massage, but I won’t beg. The truth is, what we need to do is nearly impossible. I’ve heard and read that a million times since Tuesday morning. But isn’t that why we watch television? Sports? Movies? To, every once in a while, see something impossible actually happen? Impossible is AWESOME! Am I right? High five!

So here’s the plan. You go deep. All of you. You and millions of your friends. And Monday night, down by a lot with only seconds on the clock, we’ll throw the ball up, an impossibly long arcing pass into a host of defenders who are taller and flashier and stronger and probably more well endowed than all of us, and maybe, just maybe, it’s one of those moments where the thing everyone said COULD NOT HAPPEN actually just… does. And you my friend, you could say you were there, you and all your friends, just taking one big Gatorade bath with the millions of people who, like you, decided to say ‘F you’ to statistics and just settle in for a damn good hour of television.

So spread the word. Repost, retweet, re…faceboook or just put on your crazy pants and head down to the freeway exit and shout at cars like I’m going to.

What do you think? Are you willing to give Lone Star a chance?

The show was a snoozer, let it go.

It’s a great show and I would hate for it to be cancelled. This is going to be the show that I watch and don’t feel like I’m wasting my time. Maybe another network should pick it up. The show should at least get a full season instead of only one full hour.

I watched the first episode, and personally, I was a bit bored. James Wolk was engaging enough, but…

There is so much talk of ‘defending marriage’ around the country today, and this show is aiming to make a hero of a bigamist? I’m not seeing it’s ability to succeed. Yes, I know ‘Big Love’ is a success, but at least there, those women know about each other.

I think I’ll take a pass and watch ‘The Event’. These are personal choices don’t flame me for sharing an opinion.

I totally enjoyed this show. I DVR’d it as well as a lot of people, but after watching this first episode I thought it was fantastic. Most of the other new shows I watched were terrible. Give this show a chance. Change the time slot. It’s a great show.

I like the show I hope you keep it on

Kill it! I can’t imagine more pain waiting for an entire season of that show to develop only to end with the main character getting away with being a con man and doing it again the next season. Throw in the towel and make it a mini-series or movie.

Don’t cancel so soon! It’s up against high rated programs! there will ALWAYS be something that comes in last! When will the networks, and FOX especially get it through their head that not every show can have stellar ratings. When 42 million viewers are spoken for across the other 3 main networks, not much left. Doesn’t mean people aren’t watching or it isn’t good

By the end of the first episode of Lonestar, I thought it could be the best show that Fox has ever put on the air. It had that quality that you only see on cable stations. Then I remembered that those great shows on cable stations have much lower ratings than the networks want. Network audiences really don’t have the ability to handle really good programs. That is why Dancing With the D Stars attracted such a huge audience. Let Fox kill off Lonestar and let HBO pick it up. Fox can just replace it with some reality show that… Read more »

the show was good, I dvr’ed it of course because there is just too many other shows I like that are on monday night (like all of them) I am just amazed that they are talking about cancelling shows after one episode. shouldnt they allow a show to build an audience? I am justy glad that these morons werent in charge when shows like Seinfeld were on the air, IIRC that show didn tstart getting good ratings until its third season, then it took off.

How can you cancel a show after 1 episode? Just think, DALLAS never would have survived in the year 2010. The ratings stunk for the first season.

Well seriously Fox your dancing around the obvious right now. If your only commiting to showing the 2nd show, then just cancel it don’t everyone that did watch it false hope.

I LOVE THE MAN WHO WROTE THIS.
I didn’t watch last week but I’m sure as hell watching this week.

I really liked the show Lonestar, Please giveit more time. I think as more people follow it they will learn to like it as much as we do. Please keep it on.

Move LONESTAR to Friday nights at 9pm, The Good Guys can go.

I strongly disagree The good guys is really good. That show CAN STAY.

Give it a chance! The first show wasn’t bad at all – it kept my attention, I watched it through to the end. Of course I DVR’d it – between Dancing with the Stars, House, and all the other shows on Monday night, I can only watch one live! But why make these shows if you’re going to throw in the towel after episiode #1? I’m not sure how the PTB rate a show that is most likely being DVR’d or Tivo’d — as opposed to people actually watching it when it’s on – but if they’re only judging the… Read more »