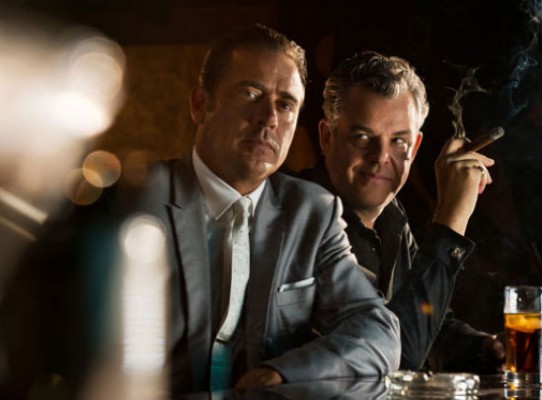 It sounds like there’s life after cancellation for Magic City. The Starz TV show is being revived as movie, reports Deadline.

Mitch Glazer created the period mob series and wrote the film script. He will also direct. Series regulars Jeffrey Dean Morgan, Danny Huston, Olga Kurylenko and Kelly Lynch are said to be returning and will be joined by Bruce Willis and Bill Murray.

QED’s Bill Block said, “Mitch is a fantastic creative partner and we’re thrilled to collaborate with him again. We loved Magic City the series and know that with Mitch’s sensational script and this outstanding cast, it will translate beautifully to the big screen.”

Glazer noted, “The chance to explore this wild time and place and this compelling family saga is a dream come true.”

What do you think? Is this a good idea? Do you plan to see the Magic City movie?

I can’t wait for the movie. I hope it’s due to come out soon

Loved the series – season 1 seemed more polished than season 2. Would prefer a continuation of the series rather than movie, but would welcome either one.

Yes I loved Magic City and was sad with its cancellation and a bad idea by STARZ. They do not have anything else that I would watch at this time. I would be first in line to see these characters come back to life in a big screen movie. Thanks to Mitch for keeping this one alive with his vision.

I loved the Magic City series and never missed an episode so if I have to go to the movies to see a 2 hour movie I will.

Well if a movie is the best we can have then I’ll take it,but a new season would be so much better,if you would renew it,I’d go on my Facebook page and get as many of my friends to watch as possible and have them spread the word as well,give us another shot,please!

My husband and I LOVED this show and watched it from beginning until it’s abrupt cancelling. We were DEVASTATED when it was cancelled because they cancelled (in typical fashion) it right when things were getting really good!! And of course there were a ton of lose ends and no closure to any of the story lines! So glad it’s coming back as a film, and I truly hope that this film ties up the many lose ends. The cast was already stellar and I think Bruce Willis and Bill Murray will just add to it. I’m soooo EXCITED about this!!!

Well. I was devastated to hear that Starz–in their infinite lack of wisdom–was willing to blow off this intriguing series. The only reason I even considered Starz was because of this series and another–both of which were cancelled–great going, Starz. However I am happy to read there will at least be a feature-length film which perhaps may either provide some closure or launch a franchise in film. The actors, production sets, theme and stories were all first rate, even though the second season was beginning to show some cracks. My fervent hope is that the production company goes back to… Read more »

This show was the best. What a good cast! Danny Houston was such a great villain. So pleased this is going to happen!!!

I can’t wait for the movie. I loved the series and was most upset when it ended.

I liked the show a lot and think it will be a good movie. I would definitely see it.

That’s great news about Magic City! I was really upset it was cancelled.My husband and I will definitely watch the movie 🙂

I liked the series, but I don’t know about a movie. It’d be like making a Sapranos movie. Sure it could be done, but both shows play the long game in character development. Having everything take place in a couple hours would seem more like a tease for more rather than a full story. I’d rather see Amazon or Netflex or such pick up the whole series again. It left a lot of strings in the last episode so there’s plenty of story lines to go around.