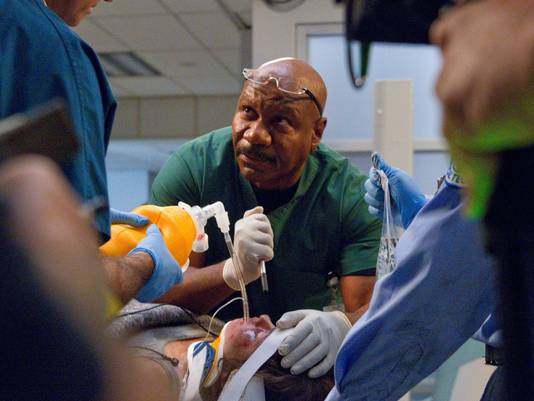 In addition to dropping Southland, TNT has also cancelled Monday Mornings. There won’t be a second season for the freshman medical drama.

That just wasn’t enough for TNT to want to order a second season and they’ve now officially cancelled it.

What do you think? Are you sorry that TNT has pulled the plug on Monday Mornings? Why do you think it didn’t catch on with a bigger audience?

Monday Mornings. A superb show just finished on Fox in the UK. Why don’t producers realise that quality can be a slow burn. Many shows need time to grow, not all are instant hits. Commission a second series and put some advertising behind it. More shows of this quality are needed on tv!

Without a doubt the best series ever on US television…could not take my eyes off it! I was amazed that everyone didn’t watch it.

Monday Mornings is a great show! Please bring it back!!! We finally have a decent show to watch and you cancel it.

Brilliant medical series, with so much mediocre shows and re-runs they decide to cancel this series, where is the logic in this.absolutely crazy.Bring it back

I thought Monday Mornings was a fantastic show in so many ways……I think the time slot was bad and not a lot of people get TNT.
I have soooo many nurses in my family including my daughter and I tried to get them to watch but the time slot was bad for there schedule.
When I seen Dallas advertisements the last few weeks I was really looking for this show.
Sooo sad….good actors….written well. Sorry to see it go.
dm

One of the best shows on TV. What a pity it’s gone. The show had humanity, very rare in today’s life. Wish it would come back, I really looked forward to watching.

Why? Because it wasn’t advertised, and because “they” never give anything that’s new enough time to be caught onto. If you have cable with hundreds of stations, it takes a while to discover and weed out the shows. Secondly, too many people are worried about appealing to a certain segment of the audience, leaving out the others. I’m finding that my age category (retired) are mostly left out of the fray. Monday Mornings was the perfect show for people in my category. So, it seems that every new show that I love gets canceled.

My wife and I really liked the show. One of the more unique and very well acted doctor type shows ever. I agree that it wasn’t advertised enough. Maybe a major network, like CBS, can renew it.

What a travesty, best show on tv. There is so much unintelligent garbage on tv. Please save something for sane viewers. Please somebody come to your senses.

Bring it back!! It was a great show. TNT gave it bad marketing. If it had been advertised better it could have made. Nobody I new had ever heard of it. You can’t compare it to Dallas because it was a return of an already great hit! Bring it back and do t right this time. PLEASE!!