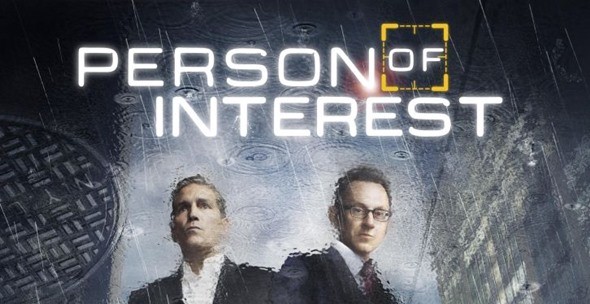 Executive Producer JJ Abrams expects the Person of Interest TV series to be cancelled by CBS, after its shortened fifth season. Abrams speculated about the show’s fate today, at the TCA winter press tour.

The cast of this crime drama includes Michael Emerson and Jim Caviezel. Cancellation rumors have been swirling around for a while, even though EP Greg Plageman, like Abrams, thinks there are more stories to tell.

Here is more from Abrams, via TVLine:

“My guess is [Season 5] is the final season,” executive producer J.J. Abrams shared on Saturday at the Television Critics Association winter press tour. “The only heartbreak there is how much good story there was to come if it were to have continued.”

Planning ahead of time for the Season 5 finale to also serve as a series finale, Abrams confirmed, was “the goal. But, obviously, things can be adjusted if [there’s] a miraculous [ratings] performance. But I think the idea is that this would be the finale.”

The discussion of shopping the series around to a new possible home, “in theory, will be had at the right time,” Abrams said. “But at the moment that’s not what we’re doing.”

“[Showrunners] Jonah Nolan and Greg Plageman have done such an amazing job on the show,” Abrams continued, “and I know what these episodes are that they’ve done, wrapping it up. We don’t yet have a schedule, but I know these episodes will see the light of day. People will get to see these episodes.”

What do you think? Do you watch the Persons of Interest TV show? Should be cancelled after season five, or renewed for a sixth season?

My favorite TV show – and unlike some- I have inside info – this is as close to reality as you will get. The public has no idea how close it is. Keep them coming- perhaps it will wake up the sheeple.

Keep it on! This is a fun and interesting show. Why do the people who live @the top always cancel the good ones? Darn it…

I watch every episode, really enjoy the show. I watch it on Netflix

Renew! Perhaps move on to a new outlet, e.g., Netflix (which could afford it). It’s an enduring work of art with a solid supporting audience. The show, which the NYTimes Called “ingenious,” treats seminal global issues such the relationship of humanity to future technology in an enduring way. This series will be studied for a long time.

I just started watching the first season on Netflix today. I am saddened to learn the 5th season may be its last. I have thoroughly enjoyed watching the pilot and first several episodes. Not only is JC great eye-candy, the show is clever and suspenseful. I hope To have the opportunity to see many more seasons to come beyond 5.

Okay, I confess to being a “late-bloomer” to this series and I hate myself for not being one of the millions who kept it going from day 1. I confess to being truly in love with each of the wonderful actors/actresses in this series. The story line is so above-par to so many other similar stories out there. And let me just say, since I’m gushing, that the shows lack of fowl language and fowl sexual content have pulled this series up to a very high level for me! I say, it’s always a better show when you leave the… Read more »

Don’t cancel such an interesting show with such good ACTORs.

I love the show, please don’t cancel it!

If the writers returned to the type of stories they wrote for the first 2 seasons, they would be among the best. What happened after that is a mystery; goofy hard-ass ladies and silly conspiracy stuff, it really made me mad.

What a shame. I had a feeling it was coming when CBS pretty much back burnered the show for the entire season, but I had hoped perhaps they might listen to the people who just awarded at the People’s Choice Award and notice that 9 million viewers is still a lot of viewers.

Keep the show on! I love it

This is my favorite show. it would suckfor you to cancel