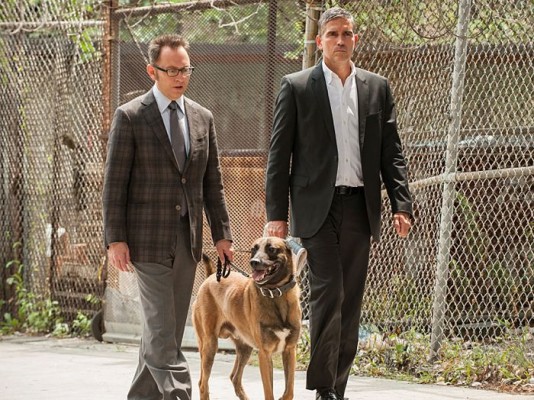 It’s not that the show has got bad it’s where they moved it.

I hope it gets renewed for many more seasons..

I stopped watching when Shaw left.

I stopped watching this show in the middle of season 1, more because of life than anything else. But I picked it back up during reruns and have watched since. The AI story, as well as individual stories have carried more interest than the gang war storyline for me. I trust the writers will use this next season to wrap up the show properly.

love every episode every season keep it on .There are not many shows that I get hooked on this one I have

Glad to see POI renewed. When you consider that drop in ratings, you have to realize the inherent difference in overall ratings for 9pm versus 10pm. Then there is the lack of any decent promotional effort by CBS, compared to what they did in ealier seasons. Perhaps this is a concession to the limited potential for larger audiences after 10pm. I believe this lack of promotion is the main reason for the ratings decline, not the quality of the show or it’s storytelling. While I loved Carter and her human touch a great deal, it is the underlying Artificial Intelligence… Read more »

I agree with you Mitch. Long live POI.

I am old enough to have been a fan of the original Mission Impossible
series, which was also ahead of its time. Mr. Phelps and the
dapper Mr. Reese are kindred characters of TV shows that stand the
test of time, IMHO.

Heard that POI upcoming fifth season will have 13 episodes but it looks like a proper “final season” may or may not happen.

CBS, thank you for not cancelling POI. Although it’s a Warner Bros. program and costing CBS more than if you owned it, I know CBS will realize that it not only is worth a Season 5 but more than (13) episodes and another season. First and foremost, POI is the only TV show of its kind and represents the very near future realistically for the world. Secondly, the writers, staff and crew are outstanding. Last but not least, the show offers some of the most talented and magnificent actors around. So CBS, don’t be sorry by eventually dropping or cancelling… Read more »

I am so glad it is coming back next year. I really love it and look forward to every Tuesday night with great anticipation! I hope that they’ll bring back the character of simeen? or whatever her name was and that things will work out and they can wrap it up in a good way.

Sucks …… It has always sucked ……. Now it sucks worse

I can’t accurately describe how happy I am that it has been renewed. Obviously not everybody is happy with the direction the series has taken, but personally, I’m up for anything as long as its quality. And I would argue that each season has improved on the one before. Clearly I’m not the only one who thinks so, as ‘Person of Interest’ has two episodes in IMDb’s Top Ten Highest Rated Episodes With at Least 1,000 Votes, from the 4th season alone. And a third episode from this season in the Top Fifty.

Best news I’ve heard (or read) in a while. I was getting worried it would end, now I’m excited to watch more of this incredible story

In order for this show (which I loved) to make it, it needs to get back to some positives!

I am tired of the bad guys winning. Someone please shoot the white haired Samartin guy.

YES Karen! I said the same thing! I must see good trump evil. They spent the entire season 4 getting the crap beat out of them literally and figuratively. Always a step behind. I kept waiting for them to finally catch a break. Enough already!

Sooooooooooo HAPPY about the renewal of POI. Looking forward to sept. BEST show on tv. It has everything, great actors, great writing with things never done before plus the viewers really care about the characters. Long live POI.

Get rid of it!! I’m a CBS Fan!! Just can’t muddle through that one. It’s grueling.

We want and another season 5-6 more and more